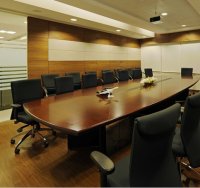 Everyone knows and accepts that legal partnerships are vicariously liable for the acts and omissions of their partners and employees in the course of the law firm’s business. Most law firms carry on their practices on the basis that their business is the practice of law.

Some legal partnerships allow or even encourage their employees or partners to act as directors. Often, the corporation is the firm’s client. Frequently, the director/partner is required to account to the partnership for his or her director’s fees.

This course of conduct has just become more dangerous. In an endorsement released on June 18, 2012, styled Allen v. Aspen Group Resources Corp., Justice Strathy declined to grant summary judgment for the defendants and paved the way for a trial on the issue of whether a law firm may be vicariously liable under s. 131 of the Securities Act for the actions of one of its partners in his capacity as director of Aspen Group Resources.

This class action arose out of the take-over of Endeavour Resources Inc. by Aspen Group Resources Corporation, pursuant to a takeover bid circular. The class plaintiff claimed damages on behalf of the shareholders as a result of alleged misrepresentations in the take-over bid circular. It is alleged that the circular contained misrepresentations and failed to disclose that insiders of Aspen had engaged in improper self-dealing. As a result, Endeavour shareholders received Aspen shares that were over-valued. The defendants have denied the allegations, and the directors (including the partner in the firm in question) – against whom there are no allegations of self-dealing – deny any knowledge of any improper behaviour.

The firm and the partner are also defendants. The partner was both a director of Aspen, and its corporate solicitor. He and the law firm are sued in both capacities. It is alleged that the partner is liable as a director under s. 131 of the Securities Act, because the information circular allegedly contained misleading information, that his alleged contravention of s. 131 is a “wrongful act or omission” within the meaning of s. 11 of the Ontario Partnership Act, and that his firm is therefore responsible for the partner’s actions.

Both aspects of the summary judgment motion were unsuccessful, although both defences may be raised at trial.

With respect to the law firm’s vicarious liability, Justice Strathy indicated that the partner’s activities as director fell within the ordinary course of the law firm’s business. The firm expressly permitted its partner to act as director of Aspen, the firm’s client, and took his director’s fees as part of the firm’s revenues.

From a public policy perspective, although the Securities Act is silent on the point, Justice Strathy felt that a case can be made that the purpose of the Securities Act, “can best be accomplished by holding partnerships and corporations accountable for the actions of those they select to sit on corporate boards. This way, partnerships and corporations can ensure that their employees and partners are competent to fulfill the responsibilities of a board member. They can put in place appropriate standards and controls to make sure that the director exercises due diligence in the discharge of his or her responsibilities. The partnership, or the corporation that employs the director, obtains the benefit of fees earned by the director, and fairness suggests that it should be required to stand behind the director in the event  shareholders suffer loss as a result of the director’s failure to exercise due diligence.”

As the above passage suggests, Justice Strathy leaves open the possibility that a partnership may also be vicariously liable where its employee serves as a director.

Is your legal partnership willing and able to “put in place appropriate standards and controls to make sure that the director exercises due diligence in the discharge of his or her responsibilities,” insofar as your firm’s partner/director is concerned?

If you are up to what some might see as a daunting task, consider paragraph 103 of Justice Strathy’s endorsement:

“[103] I do not, therefore, accept the submission of [the law firm] that this decision will deter lawyers from acting as directors. On the contrary, it would result in a sharing of the risk and responsibility between the lawyer and his or her law firm. This result accomplishes the goals of both the Securities Act and the Partnership Act. It provides greater protection for the public, results in higher standards and controls, and puts the risk on the party most able to control and insure it.”

No LAWPRO insurance for D&O work

On the subject of insurance, LAWPRO does not and will not insure directors’ liability, either on behalf of individual lawyer/directors, or on account of their firms’ alleged vicarious liability. Therefore, if a member of your firm – partner or employee – acts as a director, you had better be certain that ample directors’ and officers’ (D&O) insurance is in place, preferably with the firm named as an additional insured under the D&O policy. Justice Strathy’s reasoning on these issues may or may not be affirmed or disapproved at some later date. In the meantime, be careful.

Debra Rolph is director of research at LAWPRO.