Coping with changes outside your control 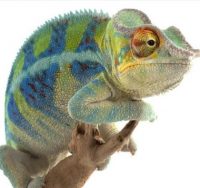 Any real change implies the breakup of the world as one has always known it, the loss of all that gave one an identity, the end of safety. And at such a moment, unable to see and not daring to imagine what the future will now bring forth, one clings to what one knew, or dreamed that one possessed. Yet, it is only when a man is able, without bitterness or self-pity, to surrender a dream he has long cherished or a privilege he has long possessed that he is set free — he has set himself free — for higher dreams, for greater privileges.

Coping with change is difficult for everyone, but there’s a particular variety of change – the kind that occurs outside our control – that has a special capacity to produce stress. Neuroscientists have discovered that our brains react in a powerfully negative way to uncertainty. Because of the importance, evolutionarily, to reacting quickly and appropriately to threats, our brains have evolved to crave certainty and predictability.¹ When faced with unpredictable change, we may respond with worry and negative self-talk.

Because we see the world from our own perspective, we have a tendency to attribute a central role to ourselves in negative events that may have nothing to do with us.² A classic example is that of a child who attributes the parents’ marital separation to his or her own misbehaviour. In a law practice context, a lawyer who is not chosen to assist with a coveted file may make completely unfounded assumptions about senior counsel’s reasons for choosing someone else, especially where those assumptions align with a habitual internal narrative, for example: “people like me never get to work on high-profile cases.”

For some of us, this theme of being underappreciated or subject to regular unfair treatment can become a comforting internal refrain. Seeing ourselves as the perpetual victims of others’ enmity or lack of discernment may be appealing in that it absolves us of responsibility for self-reflection.

Believing that others have a hidden agenda that targets us specifically has other risks as well. If we believe others are out to get us (rather than simply making their decisions based on unknown criteria), we may become resentful, behave defensively, or misinterpret innocent comments or actions.³ This attitude may influence others’ opinions of us, causing a dangerous feedback loop: we feel excluded, so we adopt a defensive posture, leading us to be actually excluded. In this way, our misinterpretation of neutral events as negative leads to actual negative events: a self-fulfilling prophecy.

Separating our biased internal self-talk from objective facts is challenging when life is predictable. When circumstances are uncertain or changeable, the resulting stress makes it even harder to see events clearly. During periods of stress, the first step toward gaining clarity about a situation may actually be to step away: taking the classic Canadian “long walk in the snow” to short-circuit unproductive rumination.

Finally, it can be helpful, in times of change, to remind ourselves that while it may be unsettling while it’s happening, change is the norm. Bill Gates is famous for having suggested that while people may overestimate what will happen in the next two years, we consistently underestimate what will happen in 10. We also tend to underestimate our own capacity for adaptation, a blind spot that can lead us to prefer the status quo to changes that may actually be positive for us.

By learning to be open to the possibility that change will bring opportunities we have yet to imagine, we can learn to face uncertainty with less fear and greater curiosity. Exercise, relaxation, social connection, or even time spent outdoors can help us put events into perspective and recognize that while some parts of our lives may be changing, everything is certainly not falling apart.

Feel like you’re in the middle of a bad reality TV show? Try these steps to regain your equanimity:

1 See for example Copeland, Libby, “Why are we afraid of change? The science of uncertainty”, Unstuck (undated).
2 This tendency is even more pronounced among individuals who suffer from depression; see for example Walton, Alice G. “Oh, The Guilt! Why You Blame Yourself For Everything When You’re Depressed”, Forbes, June 6, 2012.
3. See George, Cylon “10 Ways to Stop Feeling Like a Victim Once and for All”, Huffington Post, September 25, 2016