No conviction doesn’t mean no consequences: What are the implications of criminal investigation for your clients? 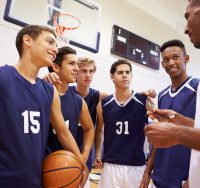 For a client charged with a criminal offence, the dismissal of charges (or acquittal at trial) can be a source of immense relief. For many accused, the elation of avoiding conviction can feel like a new beginning.

As a criminal lawyer, it can be difficult to throw cold water on those feelings of elation. However, depending on the nature of the investigation that led to the charges, you may want to schedule a follow-up meeting with the client to talk about ways to minimize the reputation “hangover” that a run-in with the justice system can create.

In February 2017, the Canadian Bar Association published “Collateral Consequences of Criminal Convictions: Considerations for Lawyers”, a detailed examination of the ways in which criminal convictions can impact the lives of Canadians. Each area of coverage – for example “Deportation and Citizenship”, or “Civil Disabilities” – ends with a mini-checklist of considerations for review by the lawyer and client pair. These checklists are a highly practical and useful tool for reviewing a client’s post-conviction legal needs, and we encourage you to review them.

Perhaps the most interesting section of the report, however, applies to a different set of clients: those who were investigated and charged, but not convicted. While clients may be grateful to be allowed to move on with their lives, this section of the report makes it clear that they may not be able to do so entirely “scot free”.

The report authors divide non-convictions into two categories. The first includes clients against whom there has been a finding of guilt, but no conviction – for example, where the client has received an absolute or conditional discharge. The second category includes those clients who were charged but had charges withdrawn or dismissed, or who were acquitted at trial.

The report also touches on situations in which an individual is not charged, but has contact with police that results in a creation of a record of some sort. This may include questioning of the individual as a person of interest, or flagging him or her in a police database as a person with suspected ties to criminality (for example gang activity, or terrorism). Other records may relate to suspected suicide attempts, or transportation of a person to a mental health facility.

The CBA authors have taken the following position with respect to access to police records:

“Based on section 7 of the Charter, a record of anything short of an actual conviction should not be accessible by the public or used in decisions that may affect the life, liberty or security of the person. Access by others such as the police and corrections officials should be limited to use for intelligence purposes only and not for decisions that affect section 7 or other Charter rights.”

However, they note that in practice, other individuals such as potential employers, border officials, and immigration personnel may learn of the existence of these records through the answers individuals give to questions asked about police contact. A “footprint of criminal justice activity” may be accessible to those who look for it, and this can have lasting impacts on an individual’s life.

The Criminal Records Act (CRA) sets out rules for disclosure by the RCMP of records of charges that ended in an absolute or conditional discharge. The disclosure of non-conviction records by police agencies is subject to certain constraints under federal, provincial and territorial privacy legislation, but these constraints often don’t apply when the request for information comes from the person who is the subject of that information. In other words, potential employers or volunteer opportunity providers can gain access to information about non-convictions that would otherwise be protected by requesting that the candidate obtain the records check. Lawyers who represent criminal accused would do well to ensure that clients understand that, by requesting their own police records checks, candidates are giving consent to the release of information that would not be subject to disclosure if the request came from the employer.

Clients should also understand that non-conviction information can come to the attention of employers by means other than the results of police record checks. Employers may, for example, be contacted by police as part of an investigation, and may learn the information that way. Even if the employee does not lose his or her job, information received can influence security clearances and limit opportunities for transfers or promotions.

Non-conviction information shared between government agencies can also create employment problems. For example, in 2012, a British Columbia woman was stripped of her security guard licence after staff at the B.C. Ministry of Justice Security Programs Division learned of an interaction she had with Victoria police. She was not charged, but police records described her behaviour as uncooperative and paranoid. The investigation of this incident led to the revelation of earlier police contacts, including dropped charges, in another province. Because the B.C. Security Services Act (like its Ontario counterpart) requires applicants for a licence to disclose any history of criminal charges (including those not leading to conviction), and because it allows the Registrar to withdraw a licence based on an individual’s “conduct character or repute [that] makes it undesirable that he or she be licensed”, the woman lost the right to work as a security guard in the province. As grounds for the licence denial, the Ministry cited not only the demeanour information contained in the Victoria police report, but also the guard’s “dishonesty” in not disclosing the earlier police contacts.

Impacts on travel and immigration

The CBA report explains that information contained in the Canadian Police Information Centre (CPIC) is accessible by officials in certain government agencies outside Canada, including U.S. Homeland Security and border officials. Because those officials have considerable discretion with respect to admission decisions, it is not uncommon for Canadians to be refused entry to the US for reasons short of a criminal record. Since individual police services establish their own policies governing what will be uploaded to the CPIC system, it is difficult to predict what information may be held there.

Individuals can apply to individual police services to have their records removed from the database; however, this does not guarantee that the records will not have been accessed and preserved by U.S. agencies before the removal.

The CBA report includes the following reminder to lawyers: “Do not assume that fingerprints and photographs will be automatically destroyed even if charges were withdrawn or your client was acquitted. Most police forces require the accused to apply before such materials will be destroyed. Check with the police force that took the client’s fingerprints and photographs for that force’s policies, procedures and costs.”

Finally, the CBA authors report that researchers have uncovered instances of non-conviction records affecting the rights of individuals in the context of family law, and with respect to access to housing, credit and insurance. In some cases, the records that have caused these consequences have been shared by one government agency to another; in other cases, records have been shared with private companies (for example, insurance companies). While it can be difficult to anticipate these events, lawyers can make clients aware that they may occur, and can provide information about how to respond.

Ultimately, it will be up to a client to decide whether to retain a lawyer to help mitigate these risks. Making the client aware that the risks exist, however, can be a valuable part of your file closure process and can support the client in moving forward after an acquittal or a withdrawal/dismissal of charges.