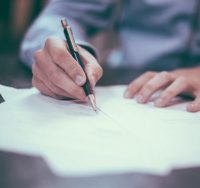 The Residential Real Estate Practice Guidelines published by the Law Society state that a lawyer should, before accepting a title insurance policy on behalf of a client, review the draft policy or binder/commitment to identify any inaccuracies or omissions, and to ensure that the promised coverage is as expected and meets the client’s needs. But what if the insurer declines to give a copy of the relevant documents to the lawyer?

LAWPRO has received reports from Ontario lawyers that certain title insurers have been declining to send copies of draft policies prepared for their lender customers to lenders’ lawyers.

The typical context in which this issue has arisen is as follows:
1. The lawyer is acting for both purchaser/borrower and lender; and
2. The lender’s chosen title insurer issues its policies through an agent or a “portal”.

The situation is reportedly more common in, but not exclusive to, transactions in which the lender and purchaser are obtaining title insurance policies from different providers.

Communicating with the lender client through third party agents

The challenges facing a lawyer who hopes to review a lender’s draft policy in these cases flow in part from the distance created between lawyer and lender client by the insertion of a third party agent. In his article “Communication with lenders: The forgotten clients”¹

Etobicoke real estate lawyer Ian Speers compared “agent” and “conduit” (portal) insurance services models. In the agency model, the interaction between lender client and lawyer is entirely outsourced to the agent, such that the lawyer has little if any direct communication with the client. The conduit model, an example of which is the RealtiWeb® application operated by LawyerDoneDeal Corp., facilitates direct communication between lawyer and lender client, albeit via an online portal.

The use of third party intermediaries in real estate transactions has drawn scrutiny by both LAWPRO² and the Law Society³ in past years. When these agency arrangements were first emerging in Ontario, LAWPRO warned that the interposition of an intermediary between lawyers and lender clients posed a potential obstacle to client relations and consumer protection, and posed potential risks for both lawyers and consumers. The Law Society, in turn, warned that collaboration with third party title insurance agents had the potential to cause lawyers to run afoul of rules relating to, among other topics, conflict of interest and professional independence.

Title insurers’ denial of access to draft policies is a clear example of a practice that increases risk for both lawyers and their clients. How to manage that risk?

Efforts to communicate directly with the lender

The ideal solution, of course, would be to convince agents and lenders to provide that access; however, reports suggest that efforts to obtain policies rarely meet with success and requests may even go unacknowledged. Purchaser clients, lacking familiarity with lawyers’ professional responsibilities, may understandably balk at the prospect of holding up a routine deal in an attempt to secure the lawyer a better opportunity to advise the lender client.

Where the transaction is more complicated, however, the elevated risk may justify a stronger tone in attempted communications with the lender. In his paper cited above, Ian Speers suggests that a lawyer communicate in writing to the lender client (via the agent, if that’s the only option) the recommendation that lawyer and lender have a real-time discussion. Where the lawyer has a sincere concern about an aspect of the transaction, Speers recommends that the concern be communicated in writing, along with a request that the agent’s reply include confirmation that any new instructions transmitted with respect to the concern are the lender’s own instructions.

Should this approach not generate a response, the lawyer will need to assess whether the situation amounts to a “serious loss of confidence” as between the lawyer and his or her lender client, as contemplated by Rule 3.7-2, which permits the lawyer to withdraw from representation.

The commentary to the Rules recommends against empty threats of withdrawal. Because a withdrawal has the potential to jeopardize the interests of the purchaser client as well4, this course of action should be regarded as a last resort. It is likely, however, to elicit a response from the lender and agent, because lenders operating in Ontario remain bound by Reg. 6665 under the province’s Insurance Act, which imposes the following requirement:

3.(3) A licence issued to an insurer to undertake title insurance in Ontario is subject to the limitations and conditions that no policy of title insurance shall be issued unless the insurer has first obtained a concurrent certificate of title to the property to be insured from a solicitor then entitled to practise in Ontario and who is not at that time in the employ of the insurer. [Our emphasis]

Managing risks where direct communication is limited or unavailable

No lawyer can afford to accept non-communication with a lender client in the face of serious concerns. But what if the transaction is (or appears to be) routine?

Large institutional lenders are by their nature less risk-adverse than a real estate lawyer’s purchaser clients. They are well-acquainted with the potential financial consequences of title problems, and presumably make commercial decisions with these risks well in mind. They are repeat consumers of both title insurance and lawyers’ professional services. As such, they are sophisticated clients.

Where a real estate transaction is free of “red flags”, a lender’s lawyer has limited grounds for pushback against clearly-communicated instructions from a sophisticated client. In the context of an apparently routine transaction, it is likely appropriate for the lawyer to focus his or her energy on obtaining clear, well-documented instructions, and on ensuring that he or she carefully communicates the limits of the retainer.

With respect to title insurance, the lawyer’s traditional responsibilities have been to diligently obtain the information required for the application, to competently complete the application, and to review the draft binder or policy for accuracy.

Agency and portal service models generally contemplate the lawyer’s completion of the first two steps. Where the title insurer’s procedures do not include providing a draft title insurance binder or policy to the lawyer prior to issuance, the lawyer will need to document the fact that the policy has not come into his or her care and control, and that therefore he or she is not providing an opinion about the accuracy of its contents or the suitability of the policy for the purpose of protecting the lender’s interests.

How, practically to do this? It depends on the content of the lender’s instructions.

In some cases, lenders have been observed to include in their instructions assertions about entrusting an agent with the responsibility for aspects of the task of obtaining title insurance on their behalf. Some of these statements seem capable of being interpreted as waiving aspects of the lawyer’s traditional responsibilities. For example, a lender may state that the agent is responsible for “dealing with title defects”.

When a lawyer cannot obtain a copy of a title insurance policy, he or she should carefully scrutinize the lender’s written instructions about the agent’s role. Should a title insurer later deny coverage of a title problem and should the lender suggest that the lawyer is liable for not identifying a coverage gap, the lawyer may be able to rely on the lender’s description of the agent’s responsibilities as evidence that the lender was counting on the agent, not the lawyer, to assess the coverage.

For additional comfort, it may be helpful for the lawyer to communicate to the lender his or her own understanding of these instructions. The most convenient place for this kind of communication is often the “notes” section(s) of the online title insurance application.

In the event that the lender’s instructions are completely silent with respect to the agent’s responsibility for reviewing the draft policy – or worse, that they impose a positive duty on the lawyer to conduct that review – the lawyer will have no choice but to clearly communicate to the lender, via the agent, that the retainer as he or she understands it excludes review of the draft policy.

An important caveat here lies in the practice, by certain lenders, of issuing boilerplate instructions that contain a provision prohibiting changes to those instructions. If the relevant instructions contain this clause, it may well render ineffective any attempt by the lawyer to limit the retainer in response to the lack of an opportunity to review the draft title insurance policy. There are clear risks inherent in agreeing to act for a lender who insists on non-negotiable instructions. For additional advice about how to handle the situation (though no truly satisfactory solutions), lawyers may find the “Changing Lender Instructions” section of the Canadian Bar Association’s Mortgage Instructions Toolkit to be of some assistance.

1. Ian Speers’ “Communication with lenders: The forgotten clients” was presented as part of the Ontario Bar Association’s October 27, 2016 continuing professional development program, “Scary Communications for the Real Estate Practitioner”.
2. See for example “LAWPRO raises concerns about current lender programs” LAWPRO Magazine, Summer 2003, at p.22.
3. See the Law Society of Upper Canada’s article “Real Estate Transactions’ Use of Third Party Service Providers by Lenders to Process Residential Mortgages”, Gazette , Summer-Fall 2003, Vol.7, No.4 at p. 184.
4. Not only in that the lawyer’s withdrawal may delay issuance of the mortgage, but also because lenders may make assumptions unfavourable to the purchaser if the lawyer withdraws: See the “Duty to Inform Lender” section of the Canadian Bar Association’s Mortgage Instructions Toolkit.
5. Title Insurance Licenses O. Reg. 69/07 made under the Insurance Act, R.S.O. 1990, c. I-8.