Gladue developments and what lawyers need to know 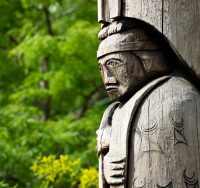 In its 2017 budget, announced on April 27, 2017, the Ontario Liberal government pledged $44.2 million over two years for investment into justice system supports for Indigenous people, including both expansion of the Gladue court system and new services for Indigenous victims of crime. In order for these changes to make a difference, lawyers need to be aware both of the available resources and of the circumstances under which they should be accessed.

While all criminal courts in Canada are required to take Gladue factors and principles into consideration when sentencing Indigenous accused, there are dedicated Gladue courts in certain municipalities: Toronto, Sarnia, Brantford and London. Expanded Gladue services, for example, the availability of Aboriginal Court Workers are also available in Hamilton and Waterloo-Wellington.

According to Aboriginal Legal Services Toronto (ALST), “Aboriginal court workers explain legal rights and obligations to their clients. They assist in securing legal counsel, finding interpreters if they are needed, assist with pre-sentence reports, bail hearings, and referrals.”

In a December 2016 blog post on her firm’s website, Toronto criminal lawyer Shaunna Kelly examines the assertion that “every court is a Gladue court.” While it is true that the Gladue principles apply to sentences imposed on Indigenous accused in all Canadian courts, there is considerable variation, from court to court, in the degree to which justice system participants have experience and confidence in applying those principles.

There are also considerable differences when it comes to the availability of supports for Indigenous accused, victims, and witnesses. The recent revelation that an Indigenous complainant in a sexual assault case (R. v Blanchard, 2016 ABQB 706 (CanLII)) was kept in custody and in shackles while awaiting her turn to testify makes it clear that the problems facing Indigenous justice system participants require sustained attention.

Shaunna Kelly urges us to remember that efforts to ameliorate the justice system experiences of Indigenous people are part of a larger government promise to make reparations. She refers to decisions such as R v. Armitage (2015 ONCJ 64) and R v. Pelletier (2016 ONCJ 628) as examples of Gladue Court decision-makers “[r]ecognizing the person before the court as an individual instead of a docket number,” something that she sees as particularly important when these individuals are considered in context of Canada’s historic record with respect to Indigenous people. “The existence of the court,” Kelly explains, “is both symbolic and representative of the reparations that have been promised to Aboriginal people.”

Lawyers who represent clients in Gladue court should take the opportunity, themselves, to learn about the purpose and procedure of the court so that they can maximize the potential benefits to clients. Preparing a client for court appearances means providing information about what to expect. There are some aspects of preparation that counsel will want to undertake together with the client. For example, the lawyer and client should identify treatment and rehabilitative programs and services available in the community, and determine which among these are of interest to the accused, so that these options can be presented to the sentencing judge.

Most familiar as guidelines for criminal sentencing and judicial interim release (bail), the Gladue principles have been applied by courts in other contexts. The Supreme Court’s decision in R. v. Ipeelee ([2012] 1 SCR 433, 2012 SCC 13 (CanLII)) extended them to long-term supervision reports; and the Ontario Court of Appeal confirmed in United States v. Leonard (2012 ONCA 622 (CanLII)) that Gladue factors are to be considered when making extradition decisions. The application of a Gladue analysis to penalties for civil contempt of court was confirmed in Frontenac Ventures Corporation v. Ardoch Algonquin First Nation (2008 ONCA 534); and Law Society of Upper Canada v. Terence John Robinson, (2013 ONLSAP 0018) extended the application of the principles to lawyer discipline proceedings.

Failure to order and file a Gladue report for a client for which one would be appropriate could lead to a malpractice claim against a lawyer. The first step to meeting obligations in this regard is determining whether a client is an Indigenous person – a question that should be asked of every client who is subject to criminal or quasi-criminal sanctions. The lawyer should document the answer to the question, and if the answer is yes, make prompt efforts to arrange for preparation of a Gladue report.

Locating a provider to prepare a report can be a challenge, particularly if the matter is being heard outside a major urban centre. Due to limits on funding for these reports, there may be availability thresholds; for example, it may be difficult to obtain approval for one if the client is facing only a short period of incarceration.

Once a writer is identified, the preparation of a report takes time – often several weeks. The lawyer may need to seek an adjournment of the sentencing hearing to allow for the report’s completion. For more tips about how to avoid ineffective assistance claims and other claims that may arise when representing Indigenous clients, please see our brief article on the subject.

As the 20th anniversary of the 1999 decision in R. v. Gladue approaches, lawyers and judicial decision-makers continue to grapple with the unique challenges facing Indigenous accused, witnesses, and victims of crime. Indigenous Canadians remain overrepresented in Canadian prisons, but awareness of the root causes of their conflicts with the law is growing. With nearly two decades of the application of Gladue principles on the books, criminal lawyers can be expected to develop sufficient knowledge of and sensitivity to the circumstances of Indigenous clients to be able to seek out and/or recommend the full range of supports available in their communities.

Updated December 14, 2017 to add reference to the application of Gladue principles to judicial interim release (bail).