The mysterious magic of routines 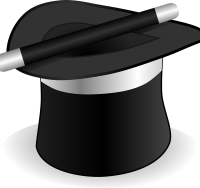 As a child, did you step carefully over every sidewalk crack? Tap each post of the hockey net before settling into the crease? Wear your lucky socks to every law school exam?

Even those of us who scorn superstition rely on routines and rituals for our own protection: we swallow a daily multivitamin, fasten our seatbelts, return our passport to the drawer after a trip. Routines conserve mental energy, allowing us to sidestep day-to-day hazards while saving our intellectual energy for novel or challenging problems.¹

Building routines is not a flashy career strategy, but it works. Once in place, the practice management tasks we complete on autopilot cast an invisible shield of protection over our files, repelling malpractice claims like gnats off a screen.

In an Ontario case affirmed by the Court of Appeal last year, there was a dispute over the registration of mortgage discharges and the plaintiffs sued the lawyer who had registered the discharges, alleging that these had been completed without their authorization. The plaintiffs denied having ever attended at the lawyer’s office, and alleged that their signatures on the discharge authorizations in the lawyer’s file were forged.

At trial, the lawyer testified that the plaintiffs had been referred to him by a friend of the mortgagor. In support of his authority to register the discharges, the lawyer produced photocopies of the plaintiffs’ citizenship cards and driver’s licences, along with the signed authorizations.

The lawyer testified that he remembered the plaintiffs’ attendance at his office because they brought in the parcel register, a copy of which he placed in the file. He remembered advising them of the consequences of discharging the mortgages, and that the plaintiffs had told him that they had been paid.

The lawyer’s wife, who worked in the law office, witnessed the authorizations. She testified that she obtained their identification documents, compared their appearance to the photos on the documents, and photocopied the identification, as was the firm’s established practice. (At the time of the discharges, By-law 7.1 under the Law Society Act, R.S.O. 1990, c. L-8, which requires that lawyers check client identification, had not yet come into force.)

The court noted that in 2008, the lawyer’s practice was extremely busy – he was retained by nearly 500 new clients that year, and must have met two or three new clients each working day. It would have been difficult for him to remember each individual meeting.

But despite the pace of his work, the lawyer’s orderly files and established practice habits
made a favourable impression. In finding in his favour, the court noted that “[The lawyer]’s evidence was consistent with his practice and the contemporaneous documentation in his file. It was supported by the evidence of his wife, and her practice…The defendant met the standard of practice.”

The lesson for lawyers? The busier your practice, the more important it becomes to adhere to routines and attend to details. Check and copy identification, obtain signed and witnessed instructions, file documents quickly and accurately, and send a reporting letter.

Exciting advice? No… But like fastening your seatbelt, good practice habits require little second thought – until life, as it will, goes sideways.

Nora Rock is Corporate Writer and Policy Analyst at LawPRO.

1. For details about the neuroscience behind the benefits of routine behaviour, see the article “Reduce communication-related claims by understanding cognitive biases” in the February 2017 issue of LawPRO Magazine.