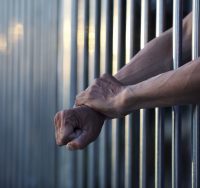 A substantial proportion of professional liability claims against criminal defence counsel are based on allegations of “ineffective assistance”. The jurisprudence makes it clear that poor lawyer-client communication is at the root of many of these claims.

Allegations of ineffective assistance are usually first tested in the context of the appeal of a conviction. Few of these appeals bear fruit (at least on this ground); but when they succeed, a claim against the lawyer often follows and can be very difficult to defend.

The test for overturning a conviction based on ineffective assistance was affirmed in R. v. Joanisse (1995), 102 C.C.C. (3d) 35 (leave to appeal to SCC refused), and is challenging. The appellant must prove not only that counsel was ineffective to the point of incompetence, but also that the deficiencies in counsel’s representation contributed to a miscarriage of justice – in other words, that had counsel been competent, there was a reasonable chance that the outcome of the trial would have been different.

Many judges applying the test caution against viewing counsel performance through the lens of 20/20 hindsight. Nonetheless, some of these appeals succeed, and even those that don’t can be embarrassing and stressful. To minimize your chances of a claim, take extra care with the aspects of your representation most likely to attract a client’s criticism:

Failure to obtain or review Crown disclosure: Obtain full disclosure (including transcripts of video evidence, where appropriate), review it well before trial, and be certain that the accused understands it (have it translated, if necessary).

Failure to investigate potentially exculpatory evidence: Pay careful and respectful attention to your client’s requests that you investigate potential evidence, regardless how outlandish the request or how irrelevant the evidence. Remember that your client is not well-equipped to judge the relevance, materiality, and prejudicial potential of evidence. If you don’t believe a proposed witness’s evidence will help, explain and document your reasoning. The same goes for requests to obtain phone records, security video footage, or any other evidence.

Failure to mount the defence requested by the client: If you and your client cannot agree on the choice of defence to present at trial, you are not ready for trial. Do not rely on a client’s lack of understanding of the process as an excuse for proceeding “your way” without this fundamental meeting of minds. If the client insists on a defence that, in your view, is destined to fail in circumstances where a different defence has a reasonable chance of success, it is dangerous to capitulate and proceed with the client’s preferred defence. Come to an informed (and documented) agreement with the client in time to adjourn the trial and/or get off the record as permitted by the Rules of Professional Conduct.

Failure to call specific witnesses, including the accused: A review of 2013 ineffective assistance appeals suggests that the single most common allegation was a failure to call particular potential witnesses. Presumably, you have very good reasons for your witness choices. Be sure your client understands your reasons, and in particular your recommendation about whether or not to call the client him or herself. The jurisprudence also makes it clear that, when the accused is eager to see you pursue a line of questioning you feel is best avoided, it’s better to defend your decision BEFORE the witness takes the stand than to justify it afterward.

To avoid a claim, also remember:

Nora Rock is corporate writer and policy analyst at LAWPRO.