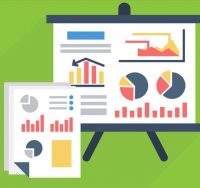 LAWPRO net earned premiums in 2017 w ere $108.5 million. As expected, premiums from the mandatory insurance program were considerably lower than in 2016 ($115.8 million) following a reduction in the annual base premium from $3,350 to $2,950. Nevertheless, they were still higher than the amount budgeted for the year ($105.3 million). While the number of practising lawyer full-time-equivalents (FTEs) was as projected, transaction levy income was $1.8 million higher than budget due to strong real estate levy collections. Finally, in 2017 the TitlePLUS program was able to maintain the solid level of insurance premiums achieved in the prior year.

Incurred claims and adjustment expenses for 2017 were $106.2 million. This represents an increase of $5.5 million compared to 2016. The increase is related in part to the recent rise in claims count. After five years at the 2,500 level, the count has risen to well over 2,600 for Fund Year 2016 and more than 2,700 for the current policy period. The discount rate used to value claims liabilities increased, at December 31, 2017, to 2.67 per cent; up from 2.40 per cent at December 31 of the previous year. In other words, given there was an increase in investment yields, reserves could be lowered as more investment income will be earned between collection of premiums and payment of claims.

LAWPRO’s general expenses of $20.3 million in 2017 were higher than the 19 million incurred in 2016, but under the $20.7 million budgeted. LAWPRO is proud of its success in maintaining an expense ratio of approximately 20 per cent, which compares favourably to the 28 per cent industry average for similar small insurance companies that don’t pay commissions.

Investment income in 2017 was $20.5 million, $3.1 million more than in 2016. Bonds values remained low, but were offset last year by strong results for equities. The company enjoyed an increase in realized gains of $8.2 million over the prior year’s $3.3 million result.

Largely as a result of the $400 per insured premium reduction introduced for the 2017 policy year, LAWPRO experienced total net income of $0.6 million in 2017, $8.0 million less than in 2016. This result was consistent with what was budgeted for the year, as the company took steps to move its MCT score into its preferred range of 215-240.

The solid results that the Company experienced on the equity portion of its surplus investment portfolio were offset by adverse bond results due to the rising market yields observed during the year. After including $0.6 million in net income(see E for details), shareholder’s equity was $253.7 million at the end of 2017, up from $253.4 million at the end of 2016 – for a year-over-year increase of $300,000.

Minimum Capital Test: In the zone

2017 was the final year of a three-year phase-in period for new Minimum Capital Test (MCT) requirements. The MCT is designed to ensure that a financial institution’s assets are sufficient to meet its present and future obligations.

Having successfully navigated the tough new capital adequacy rules introduced by regulators in recent years, LAWPRO found itself with a MCT in the low 240s, slightly higher than the preferred operating range of 215 to 240 established by its Board. After careful consideration, the Company made the conscious decision to lower its base premium by $400, a move which would lower its net MCT score into the upper portion of its preferred range. The financial results for 2017 confirm that this has had the desired effect: LAWPRO’s MCT score on December 31, 2017 stood at 237 per cent.

After careful consideration, the Company made the conscious decision to lower its base premium by $400, a move which would lower its net MCT score into the upper portion of its preferred range.