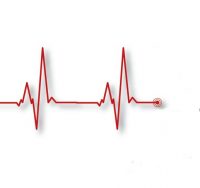 In the past few years, LAWPRO’s claims repair program has been increasingly occupied with the work of attempting to restore actions to the trial list. Rule 48, which permits the administrative dismissal of actions for delay, has been responsible for over $10 million in claims costs over the past three years. LAWPRO in-house and defence counsel have expended a great deal of effort to limit those costs by arguing for the restoration of dismissed actions.

The provisions that have governed that work include:

While the cases discussed below were decided under the “old” rules in force prior to January 1, 2015, this “old” case law may be considered relevant to motions under the “new” rules. Rule 48.11 remains unchanged in any event. For further discussion, see “applying old case law to the new Rule 48.14.”

Until it was repealed on January 1, 2015, the “old” Rule 48.14(1) provided that if an action was not placed on a trial list within two years after the first defence was filed, the action would be dismissed by the registrar 90 days after a status notice was served on all parties.

The “new” Rule 48.14(1), which came into force that same day, provides that an action will be dismissed by the registrar for delay if the action has not been set down for trial by the later of the fifth anniversary of the commencement of the action, and January 1, 2017.Therefore, no actions were administratively dismissed in 2015.

Applications to set aside administrative dismissal decided in 2015 were governed by the “old” Rule 48.14(1), because the dismissals predated the rule amendment. However, in several cases, LawPRO counsel persuaded the courts to take the five-year “no administrative dismissal” provision in the “new” Rule 48.14(1) into account, when applying the contextual approach developed under the case law governing the setting aside of registrars’ dismissals predating January 1, 2015. That is, the courts recognized that if the “new” Rule 48.14(1) had applied to the cases they were considering, the case would not have been dismissed in the first place, since five years had not passed since the action was commenced.

In one such case, the Ontario Superior Court of Justice overturned the dismissal of an action by plaintiff investors against their financial advisors. The court adopted a contextual approach in deciding to set aside the dismissal, considered the five year period provided by the “new” Rule 48.14(1), as well as the undesirability of the plaintiff being required to commence another action against his solicitor, where the defendant was not prejudiced by restoring the action.

In another decision,3 the Court of appeal decided that the registrar’s dismissal should be set aside. It held:

In deciding whether to reinstate actions dismissed as abandoned pursuant to the “old” Rule 48.15, two courts referred to the fact that Rule 48.15 was abolished as of January 15, 2015, and analogous situations folded into the “new” Rule 48.14(1). If the “new” Rule 48.14(1) had applied, the five-year period running from the dates of the commencement of both actions would not have expired, and the actions would not have been dismissed. after considering this and all other relevant facts, and applying the contextual approach, one court set aside the registrar’s dismissal order , while a second court declined to do so.

In a case in which a S.a.B. claim was pursued promptly post-accident but a tort action against the same insurer was somehow forgotten, the Master set aside the dismissal order. Clients should not suffer for their counsel’s inadvertence. The Court of appeal’s judgments in MDM Plastics Limited v Vincor, and H.B. Fuller Company v. Rogers evidence a swing of the pendulum in favour of reinstating actions.

The plaintiff never intended to abandon her action, and her motion to reinstate was brought promptly. Restoring the action would not prejudice the defendant. Finally, under the new Rule 48.14(1), the action would only have been dismissed in July, 2016, five years after the issuance of the statement of claim.

In another accident case,7 the Divisional Court declined to give any weight to the amendments to Rule 48.14, in view of: 1) the two year delay in moving to set aside the registrar’s order; 2) the plaintiff ’s solicitor’s egregious non-system for handling dismissal notices and orders; and 3) prejudice to the defendant’s ability to defend the damage claim caused by the delay.

The “old” Rule 48.11 was carried forward unchanged into the amended Rule 48. Therefore, the Court of appeal’s judgment in Carioca’s Import & Export Inc. v. Canadian Pacific Railway Limited, will continue to apply. In Carioca, the Court of appeal followed the test it developed in Nissar v. Toronto Transit Commission, but gave it a more liberal spin.

The Nissar test is to be applied where refusing to restore an action to the trial list would result in its dismissal, for instance, a registrar’s dismissal under Rule 48.14. Otherwise, the test is whether the action is ready for trial.

The context of the action and any other relevant factors must be considered. These will include the overall progress of the action before it was listed for trial, the circumstances of how the action came to be struck from the trial list, and the conduct of all parties.

The mere passage of time cannot be an insurmountable hurdle in determining prejudice. The defendant is not required to offer evidence of actual prejudice; however, the court is entitled to consider the defendant’s conduct in light of its assertion of prejudice.

In a case about alleged damage to a residential pool by a company hired to clean it,10 Swinton J., applied the contextual approach mandated by Carioca, and set aside the Master’s order dismissing this action for delay.

Justice Swinton allowed the appeal for the following reasons:

The correct period of assessment for litigation delay starts from the time the action is defended until the status notice is generated;

The Rule 48 set aside motions decided in 2015 were generally favourable to plaintiffs. Some courts were willing to consider the five year dismissal window in the amended rules, even where the new rule was not strictly applicable. a bias towards determination on the merits was emphasized. Solicitors’ errors should not be visited on their clients, if the defendant is not prejudiced. a contextual approach was applied, not only in setting aside registrars’ dismissals, but also dismissals at status hearings, and motions to restore actions to the trial list.

While LawPRO had some success in arguing these motions in 2015, we are concerned that the January 1, 2017 deadline prescribed under the new rules will trigger a wave of administrative dismissals of actions commenced before January 1, 2012. These dismissals will occur without notice to the parties, and given the newly-extended timeframe for bringing actions to trial, there is a risk judges may be less amenable to arguments about the reasonableness of delays.

We highly recommend that lawyers begin reviewing the status of their files well before the January 1 deadline. For tips about how to protect your files from unexpected dismissal, see our Rule 48 Toolkit at practicepro.ca/rule48