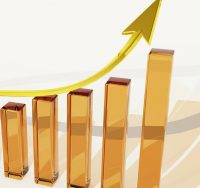 Net LawPRO revenues in 2015 were $120.7 million. Premiums from the mandatory insurance program were $5.8 million higher than in 2014, with the increase driven in part by the net increase in the number of insured lawyers purchasing insurance coverage in 2015.

Incurred claims and adjustment expenses for 2015 were $80.7 million, a decrease of $18.8 million compared to 2014. The 2015 results benefitted from a $27.5 million net reduction to reserves due to favourable development of prior fund years’ loss experience.

The discount rate used to value claims liabilities increased, at December 31, 2015, to 2.18 per cent; up from 1.95 per cent at December 31 of the previous year. Tracking the discount rate causes an adjustment to the amount reserved to pay future claims costs (it reflects current and projected interest rates on investments). The slight increase in the discount rate in 2015 was a beneficial development in that it allows us to set less money aside since we expect to earn slightly more interest on our reserves over time.

LawPRO’s general expenses in 2015 were $1.2 million higher than in 2014, but still slightly lower than budgeted, as a result of disciplined cost containment efforts.

Investment income in 2015 was $18.5 million, $8 million less than the $26.5 million earned in 2014, but still slightly above what was budgeted for the year. with respect to its investments, LawPRO was required to report a write-down of $3.7 million in unrealized losses on equity securities that met the International Financial Reporting Standards (IFRS) definition of “significant or prolonged decline.”

LawPRO experienced total net income for 2015 of $28.4 million (compared to net income of $17 million in 2014). In 2015, due to recent stability in claims counts and severity, the Company updated certain assumptions underlying the actuarial valuation approach it uses to predict the future cost of past years’ as-yet-unpaid claims and related adjustments. These updates affected projected net cash outflows, and as a result, reduced the amount of reserves required to be retained for affected program years. The net impact of these changes was a $27.6 million decrease in reserves, which has a corresponding positive impact on net income.

In the category of other comprehensive income, LawPRO earned $1.0 million in 2015 relating predominantly to the return on its equity securities. This compares to 2014 other comprehensive income of $1.7 million. After including $28.4 million in net income, shareholder’s equity was $238.0 million at the end of 2015, up from $208.6 million at the end of 2014 – for a year-over-year increase of $29.4 million.

The Minimum Capital Test (MCT) is designed to ensure that a financial institution’s assets are sufficient to meet its present and future obligations. For the MCT calculated at December 31, 2015, LawPRO’s score is 268 per cent – up from 251 per cent on December 31, 2014, and above the 220-230 score for which the company aims.

2015 was the first year of a three year phase-in to new, stricter MCT requirements. without the benefit of the phase-in, the MCT would have been 242 per cent, closer to the preferred range but still slightly above it.