Mental illness and lawyers: Moving from stigma to solutions 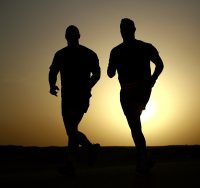 Legal professionals struggling with mental illness often do so in silence – especially in the workplace. They fear the loss of their jobs, their professional reputations or even their licences. As a result, they don’t seek the help they need – often, with catastrophic results. In 2011, mental illness cost Canadian business six billion dollars in lost productivity and absenteeism. Efforts to reduce the stigma associated with lawyers and mental illness have the potential to limit these losses while protecting the careers, dignity and professional reputation of lawyers.

Mental illness affects all of us – but lawyers face particular stigma

No business is too big or too small to escape the impact of mental health challenges. According to Health Canada, about 20 per cent of the general population will suffer from a mental illness at some time in their lives. The other 80 per cent will be affected after a family member, friend or colleague is diagnosed. And yet, the recent Canadian Bar Association Ipsos study found that “[s]tigma surrounding suffering from or seeking treatment for personal issues is pervasive in the culture of the profession.”

So if we’re all touched by mental illness, why is there such a stigma attached to it? The word “stigma” is defined as a mark or sign of shame, disgrace or disapproval. It also relates to being shunned or rejected by others.

This is how many in the legal profession dealing with a mental health issue feel. Why? Consider the way people talk about physical and mental illnesses. Those with a serious physical illness are viewed with sympathy – as troopers courageously fighting the good fight. But those with a serious mental illness are often viewed as weak and unreliable. In the profession, these negative stereotypes can result in prejudice and discrimination.

“More than seven million Canadians will experience mental health problems this year, and the sad reality is that many of them will find the stigma they face is actually worse than the illness itself,” said Michael Pietrus, director of the Mental Health Commission of Canada’s anti-stigma initiative Opening Minds, in a 2012 press release from the Canadian Human Rights Commission.

What constitutes a mental illness?

According to Health Canada, “Mental illnesses have a serious impact on a person’s ability to function effectively over a long period of time. Depending on the illness,  a person may have a serious disturbance in thinking, mood or behaviour. They may not be able to cope with aspects of everyday life and may need help in regaining balance in their lives.”

Mental illnesses can involve severe and less severe conditions including among others, schizophrenia, psychosis, dementia, bi-polar disorder, depression, eating disorders, phobias, obsessive-compulsive behaviour, post-traumatic stress, or anxiety. Mental illnesses require treatment, yet some people attempt to alleviate their symptoms through self-medication with alcohol or prescription and non-prescription drugs. This may temporarily provide relief, but it ultimately compounds the problem.

Fortunately, more and more public figures – including speed skater Clara Hughes, actress Margot Kidder, talk show host David Letterman and activist Margaret Trudeau – are speaking openly about their own struggles with mental illness. Unfortunately, many in the legal profession still suffer in silence, afraid they’ll be “found out” – especially in their workplaces or by the Law Society.

The cost of mental illness

It’s a misunderstood condition, often disregarded as a case of “the blues” that people can “snap out of ” if they try hard enough. However, depression is not just a temporary sadness or low mood. Low moods pass. Depression does not. It’s a feeling of despair and hopelessness that lasts for weeks or months or years. For those with clinical depression, it may feel that there is no light at the end of the tunnel.

A Conference Board of Canada report stated that mental illnesses cost Canada about $20.7 billion in 2012 by reducing the number of participants in the Canadian workforce. The report looked at the costs of lost workforce participation by Canadians suffering from the most common mental-health conditions: depression, bipolar disorder, social phobia, panic disorder and agoraphobia. These conditions alone prevented almost 452,000 Canadians from working.

Mental health challenges are medical conditions that can be treated, often with excellent results. But to be successfully treated, people must first ask for help and the stigma associated with mental illness prevents too many from doing so.

The business case for eliminating stigma

There is a strong business case for improving mental health among lawyers. In the legal profession, it has been noted that countless Law Society complaints and civil claims against lawyers have their roots in a lawyer’s mental health or addiction challenges.

As a result, the legal profession needs to make the eradication of stigma associated with mental illness a priority, not only because it’s the right thing to do for the membership, but because it is in service of reducing discipline complaints and negligence claims. It also pays off with higher productivity and increased morale, less turnover, lower absenteeism, lower prescription medication costs, and reduced short-and long-term disability claims.

A profession-wide strategy is needed to eradicate stigma

The necessary changes in the profession cannot occur by themselves. Eradicating the stigma surrounding mental illness requires a profession-wide strategy – from partners taking leadership roles in making the organizational culture more conducive to supporting mental health, to the Law Society adopting more preventative measures such as the recent initiation of a Member Assistance Program (MAP), to colleagues looking out for and respecting each other. Supervisors play a critical role in supporting employees and reducing stigma, and studies find that most are well-informed about mental health issues. Unfortunately, many feel ill-equipped to help – 44 per cent have had no training on how to manage employees with mental health issues. Supervisors want, and need, more training to bridge this gap.

The trajectory is positive but the road to eliminating the stigma of mental health challenges in the Ontario bar is just beginning.