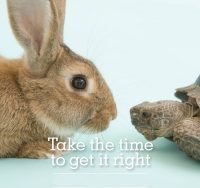 That’s a number you will be hearing and reading about frequently in the coming year. It’s a number we first introduced to you in the most recent issue of LAWPRO Magazine – our annual review issue – because $100 million is the ballpark we expect to be in when all the dust has settled for total claims costs for 2011, including adjustments for our internal handling costs.

Moreover, at the mid point of 2012 we are seeing evidence that the number of claims reported is up again and that claims costs for the 2012 program (that is projected costs for resolving actual claims plus the cost of running LAWPRO’s claims units) will come in at the same $100 million level if not more.

This is sobering news that each and every lawyer needs to absorb – because ultimately it is the insured bar that needs to make changes in their practices to rein in claims numbers and costs. Remember as a rule of thumb, every $1 million increase in costs roughly translates into an additional $50 on the base insurance premium.

For our part at LAWPRO, we have put our heads together to delve deeply into this disturbing reality. Here are our claims counsels’ top 10 explanations for why the Ontario mandatory E&O program’s claims costs are in a $100 million world. The good news is that some of these issues are fixable by lawyers themselves.

What can I say but: listen carefully, ask pertinent questions, do necessary research, formulate your advice thoughtfully, and throughout – document, document, document (both your instructions and youradvice)! It may not be legally essential that you document certain things in writing, but it certainly can help to defend a claim successfully.

There’s not much we at LAWPRO can do about many of these facts. But we are leaving no stone unturned in our drive to address the problems that we believe can be remedied.

If we get our say, you’ll see even more LAWPRO risk management content in CPD programs in the future; we’re investigating innovative ways to make tips and information more easily available to you and your law firm staff – through webinars, presentations, and publications that address their specific concerns. We’re diving into the claims files in more detail to see what we can learn that we can share with lawyers – so you don’t make the same mistake twice. We’re slicing and dicing the numbers in more ways to see if we can get a better handle on the reasons for claims clusters and other trends; we’re rethinking various internal processes to identify more opportunities to contain claims management costs.

But as I have said before, we at LAWPRO can do only so much. The ball is in the court of our insureds – individually and collectively.

A bittersweet change at LAWPRO As of this release of LAWPRO Magazine, we are saying farewell and happy retirement to its editor, Dagmar Kanzler. As Director of Communications for LAWPRO, Dagmar has devoted every one of her working days since 1995 to meeting the needs of the Ontario bar – for risk management information, program renewals, LAWPRO updates and many, many other areas too numerous to mention.

Over the years Dagmar has led countless projects and taken us from the paper-based world, to the web, to the explosion of social media. Her enthusiasm, commitment to getting it right and professionalism are legendary at LAWPRO. She has graciously tolerated a company populated largely by lawyers who have no background in communications as a professional discipline (but naively think lawyer = communications expert) and taught us so much that we will never be the same.

We all wish Dagmar a wonderful retirement, with lots of great travel and sailing.