Recent changes to wills, powers of attorney and succession law 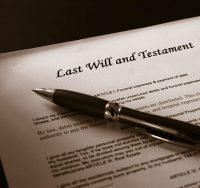 The government has enacted 4 important changes regarding wills, powers of attorney (POAs) and to the administration of an estate with Bill 245 – Accelerating Access to Justice Act, 2021 which received Royal Assent on April 19, 2021. (See amendments in Schedule 8 – Substitute Decisions Act, 1992 and Schedule 9 – Succession Law Reform Act.) Some of these changes will have a significant impact and change parties’ rights and entitlements. Lawyers need to be aware of and advise their clients of these important changes.

1. Virtual signing of wills and powers of attorney (POA) made on or after April 7, 2020, provided one of the witnesses is a lawyer or paralegal, is made permanent and no longer under Emergency Orders during the pandemic.

2. Section 16 was repealed on January 1, 2022. Marriages entered into after this date do not longer nullify an existing will.

3. Separated Spouses are treated more like Divorced Spouses: Separated spouses of a person who died on or after January 1, 2022 can be treated in certain circumstances as predeceasing the testator in the administration of that will. Section 17 will exclude separated spouses if:

A new section 43.1 is added to provide that the spousal entitlements – under Part II of the Succession Law Reform Act if a person dies intestate in respect of any or all property – will not apply if the person and the spouse are separated, as determined under the section (see above), at the time of the person’s death. A complementary amendment is made to section 6 of the Family Law Act.

4. The Superior Court of Justice is given authority, on application, to make an order validating a will (not POA) that was not properly executed or made under the Act, if the Court is satisfied that the document or writing sets out the testamentary intentions of a deceased or an intention of a deceased to revoke, alter or revive a will of the deceased (new section 21.1).

This article is by Ray Leclair, VP Public Affairs at LAWPRO