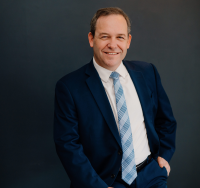 As Attorney General I have made it my business to jump start and accelerate access to Ontario’s outdated justice system. The work to move the system forward by decades in mere months began before the COVID-19 pandemic, and by working in new ways with our partners we have managed to break down longstanding barriers, overhaul processes, move more services online and ultimately better meet people’s expectations for how justice can be done in 2022 and beyond.

Our government has built new muscle memory around how we solve old problems, and we have moved to a culture of asking how we make change rather than why we can’t. But before saying yes to moving justice forward in this role, I called on a career’s worth of experience to help bring Ontario’s planning legislation into this century in my role as an MPP.

Over the years I had worked with thousands of clients who faced unnecessary obstacles as a result of Ontario’s outdated planning legislation, and I knew that each delay they faced impacted the lives and livelihoods of many more people in their communities. Change rarely happens unless it is championed with persistence and precision. I knew swift action was needed.

After calling on the expertise of other real estate lawyers who shared their experiences helping clients navigate the Planning Act, I began working on Bill 88, Planning Amendment Act, 2019. The insights and perspectives of Sid Troister and Ray Leclair were particularly helpful. They had been advocating for changes to the legislation for 20 years, and they had many practical reforms to propose to help improve the legislation and the ways Ontarians interact with it. The terminology we used when identifying pitfalls of the legislation was “traps” that had been inadvertently created over the years, even with the best of intentions.

These traps may have had a use at one point, or for someone, but their day had passed. They complicated transactions, ran up costs for clients, and created situations that helped no one.

The legislative drafters I worked with told me it was the most complex private members bill they had ever seen, which was a testament to how much work was needed to begin transforming such outdated legislation. I introduced the Bill 88 knowing it was a beginning point, and that the legislative process and its opportunities for consultation would help to refine and improve it.

However, my appointment as Attorney General in 2019 posed an obstacle for the future of the bill as I could no longer steer its path through the legislature now that I had joined the Cabinet. As the Planning Act is the responsibility of the Ministry of Municipal Affairs and Housing, Minister Steve Clark picked up the initiative, and engaged Sid Troister as a formal advisor to the Ministry.

Under the leadership of Minister Clark, the bill’s key reforms made it over the finish line and were passed by the legislature as in Schedule 23 and 24 of Bill 276, Supporting Recovery and
Competitiveness Act, 2021.

Following its passage, regulations are being completed and are expected to be in force by January 1, 2022. There are dozens of significant improvements, simplifications, and practical adjustments.

It would be difficult to run through all the changes here, but it is worth noting the impact of the changes impact beyond real estate lawyers. Estate planning lawyers should also familiarize themselves with some of the changes. For example, if your client purchased two adjacent properties (sometimes a cottage, farm or investment), to make sure the two properties were and stayed separately conveyable, title would be taken in the name of one person for one property (John) and in the names of two people (John and Mary) as joint tenants for the other property. If Mary died, the two properties would be merged under common ownership and could only be separated with a consent, if one was permitted under current rules at all. If John died, there would be no merger. The Act will now provide that there is no merger if it results as a result of the death of a joint tenant.

I mentioned earlier that driving change requires persistence and champions who will work together toward the same precise goal. I was fortunate to count on the leadership and collaboration of Minister Clark, Sid Troister, Ray Leclair, and many others who helped to move Ontario’s planning legislation forward by decades through the impacts of one private member’s bill. Ultimately, we were able to make practical changes for people across our province, and I encourage members of the legal profession to learn more about how these improvements can make a difference for their clients. 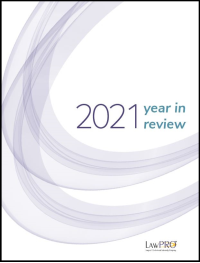