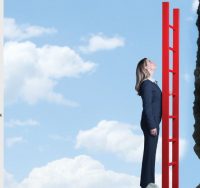 Herman Melville wrote that the legal profession is one where “misery hides aloof, so we deem that misery there is none.” In Melville’s story of Bartleby, the Scrivenor, a solicitor watches this silent misery slowly consume and destroy his copyist, Bartleby. Although Melville wrote his tragedy about depression in the legal profession in 1853, it is a story that is still all-too familiar.

The mental health challenges of a career in law have been ignored for many years. Unaddressed, they can affect both quality of life for the lawyer and quality of legal service received by clients. These challenges can be a contributing cause of malpractice claims. But recent efforts to shine attention on wellness and mental health bring the promise of positive change in the future.

According to the Mental Health Commission of Canada, in any given year, one in five Canadians will struggle with mental illnesses such as depression, severe anxiety, or stress disorders. While elevated wealth or status ordinarily decreases the risk of mental illness, the opposite is observed in the legal profession. The American Bar Association (ABA) found that almost a third of practising lawyers in the United States were struggling with some level of depression, and between 21 and 36 per cent qualified as problem drinkers.

According to a recent study conducted at the University of Toronto, not only are lawyers in Canada and the United States more likely to suffer from mental illness than the public at large, but, paradoxically, lawyers with higher paying and higher status jobs are more likely to self-report depression and poor health than lawyers with lower-status positions.

These consequences often manifest early in a legal career. The Member Assistance Program (MAP), which provides mental health services to Ontario legal professionals, sees demand highest from those in their 20s and 30s. As shown in the pie chart below, the successful up-and-comer is often the one struggling with many of these issues. 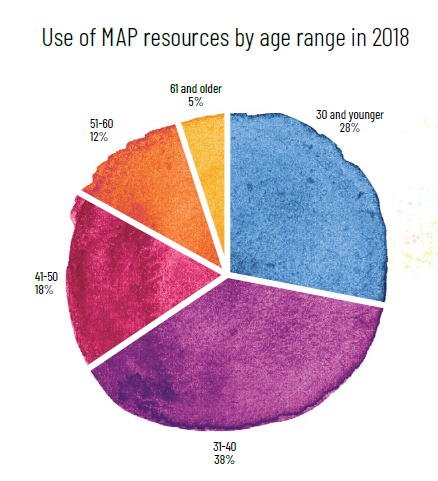 There’s evidence that the elevated income associated with a legal career only partially mitigates the deleterious health consequences of being overworked, overstressed, and burdened with the sometimes substantial work-life conflict that comes with it. The health consequences are wide-ranging and often serious. The MAP sees demand in the legal profession for counselling services relating to a variety of psychological issues, as the bar chart above illustrates.

The severity of these mental health afflictions can range from manageable to life-threatening, but a lawyer does not need to be in crisis before their mental health can have a serious negative impact on their life.

In 2016, the Law Society of Ontario (LSO) adopted a new Mental Health Strategy intended to address the importance of mental health to the ability of lawyers to meet their professional responsibilities. The report prescribed a comprehensive communication strategy for addressing issues of stigma related to mental illness and addictions and the possible systemic causes of such within the legal profession. Similarly, the Canadian Bar Association recently partnered with Bell’s “Let’s Talk” public awareness program in an effort to address the harmful negative culture associated with mental health issues, particularly in the legal profession. It’s these efforts to normalize treatments directed at mental illness that are seen as key to addressing health problems in the legal profession.

The LSO, the ABA, and other similar organizations now explicitly acknowledge that self-care and wellness are part of a lawyer’s obligation to provide competent services to the public. But entrenched cultural norms, embarrassment, and fear of discrimination often hold lawyers back from taking steps to treat mental illnesses before they get out of hand. Usage statistics from the MAP suggest that legal professionals in Ontario currently seek mental health assistance at a rate that is approximately half that of other professions. This has serious consequences. A report prepared for the New York State Lawyer Assistance Trust estimated that 40 to 70 per cent of attorney discipline proceedings and malpractice actions are linked to alcohol abuse or a mental illness.

Allowing oneself or others to suffer in silence is not acceptable from either a humane or professional perspective. The legal profession has matured slowly but substantially since the days of Melville and Bartleby, and today more lawyers recognize that mental health problems can and do affect a substantial number of their colleagues, and potentially themselves. It is not uncommon, it is not shameful, but it is serious. And it is necessary to address these problems with self-care and treatment through resources like the MAP.

The benefits of asking for help

Although some may act invincible, lawyers are still human. Yet despite the substantial educational pre-requisites to practise law, most lawyers have little or no education in managing self-care and mental wellness. Acknowledging that help may be needed is simply acknowledging that one is not an expert in mental health. Too many lawyers neglect self-care and allow their quality-of-life and
practice to suffer.

Doron Gold, a senior clinician who has been with the MAP since its creation in 2013 suggests the following self-reflection: “You are your own best judge of whether your life is going as you want— whether you feel like your life is on a good track and is in control. And if there’s a deviation from that, if you’re finding that you’re not performing as well at work, or you’re finding it hard to get out of bed or get your work done, maybe you shouldn’t have to put up with that.”

He hopes that lawyers realize that “they are one of a few tens of thousands in the profession, all of whom struggle at a given time and sometimes need help.” The fact is, “if you can reach out for help and not worry that somehow it will reflect badly on you, there’s a very good chance that you’re going to heal, get back to fully functioning, and get some relief.”