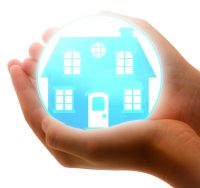 In past years, LAWPRO has written a series of articles on potential claims exposure on private mortgages when title insurance is obtained. A recent judicial decision of the Ontario Court of Appeal resolves some ambiguity as to the implications of transferring funds in such circumstances.

The problem originally arose where the lender and borrower were separately represented in a private mortgage transaction, as is required by Rule 3.4-12 of the Rules of Professional Conduct unless the transaction falls under one of the exceptions in Rule 3.4-14. Certain title insurers in Ontario (not the TitlePLUS program) had included policy wording that, notwithstanding the coverage offered by the policy, they could deny coverage and had no liability to the insured if the proceeds of the insured mortgage were paid to a person or entity other than the “registered title holder.”

In other words, the mortgage funds had to be directly paid to the borrower, and could not be transferred to a lawyer or other third party, even in trust.

As is standard in these sorts of transactions, when the private mortgage agreement is finalized and the funds are advanced, the mortgagee’s lawyer would typically provide the funds in trust to the mortgagor’s lawyer. Unfortunately, if the mortgagor was later discovered to be a fraudster (often impersonating the true registered owner of the property in question) these title insurers would deny coverage for the fraud on the grounds that the funds were not, in fact, advanced to the “registered title holder.” This led to malpractice claims against one or both lawyers involved in the transaction.

The Ontario Court of Appeal decision

The Ontario Court of Appeal recently addressed this scenario in a case where the lender advanced $1.1 million to a borrower purporting to be the registered owner of a piece of property in Ontario. The funds were provided in trust to the fraudulent borrower’s lawyer, who was not aware of or part of the scheme.

The Court of Appeal agreed that advancing funds to a client’s lawyer in trust did not trigger the exclusion contained in the insurance policy. Advancing funds to a fraudster’s lawyer in trust, instead of providing the funds personally to the fraudster, did not automatically vitiate the insurance policy or provide the insurer with grounds to deny the claim, as such payment qualified as payment to the borrower themselves in these circumstances.

The recent decision of the Court of Appeal brings clarity to this aspect of private mortgages and is consistent with historical practices for private mortgage transactions.

Lawyers acting on private mortgages should consult the specific language of applicable title insurance policies to confirm whether additional steps must be taken in order to remain in compliance with the policy, such as obtaining a written undertaking from the lawyer acting for the registered title holder to only pay the proceeds of an insured mortgage to approved parties.

While TitlePLUS policies do not exclude coverage in the normal course when mortgage funds were advanced to a third party (such as the borrower’s lawyer) instead of the borrower personally, TitlePLUS underwriting still requires subscribing lawyers to advise if funds are going to parties that do not appear to have any connection to the transaction.

As was previously the case, the Rules of Professional Conduct still prohibit one lawyer from acting for both a private lender and borrower in a mortgage transaction unless the lawyer practises in a remote location where there are no other lawyers that either party could conveniently retain for the transaction; the lender is selling real property to the borrower and the mortgage represents part of the purchase price; the consideration for the mortgage or loan does not exceed $50,000; the lender is a lending client; or the lender and borrower are not at “arms length,” as defined in the Income Tax Act.

As always, be sure to thoroughly explain the scope and exceptions contained in title insurance policies to your clients, and if the contours of the transaction or the intended use of the property conflict with the scope of the policy sought, determine with your client whether additional steps should be taken, such as obtaining a broader insurance policy.