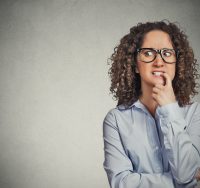 When closing a real estate deal, there is limited time to address numerous legal and practical issues. Just getting a transaction across the finish line can often seem like a feat worthy of celebration. But getting past closing doesn’t bring closure if title errors are discovered after the fact. And even small errors can create big problems for a client down the line.

At LAWPRO, we see that even the most attentive efforts will sometimes overlook key details in closing documents and create problems for purchasers that could have been easily avoided. Sometimes these problems arise out of inconsistencies between real estate instruments, title, and the closing documents themselves. Sometimes, the purchaser’s intentions are incompatible with restrictions on the property. Ensuring that you understand the current nature and use of the property, along with the purchaser’s intentions, can help prevent these oversights from becoming headaches down the road.

Here are four common problems that can be prevented with extra care and a second look.

1) When two isn’t better than one: Townhouses that can’t be sold separately

Section 50 of Ontario’s Planning Act controls the manner in which land can be divided. Subdivision of land is prohibited without legal exemptions or permission. Without them, subdivision is a legal nullity, as subsection 50(21) of the Act states that prohibited transactions do “not create or convey any interest in land.” Transactions that would contravene this section must be made compliant prior to closing in order to legally convey title.

However, even when an initial transaction complies with the Act, it’s important to ensure the purchaser’s intentions down the road will not be prohibited.

A potential oversight can occur when purchasing abutting properties described as parts on a reference plan since resale of the properties may be limited if the properties cannot be dealt with individually. In one recent example, a builder registered a part lot exemption by-law on title in order to deal with two abutting townhouses separately. Selling the townhouses individually would have been ordinarily prohibited by s. 50 of the Planning Act.

The builder ended up selling both abutting townhouses to a single buyer. Unfortunately, the purchaser’s lawyer failed to investigate the details of the exemption by-law registered on title before completing the transaction. The by-law was only temporary, and expired after closing.

The purchaser later sought to sell the two townhouses separately, but discovered such a resale was impossible without a new by-law or extension of the previous one. The error was reported to the TitlePLUS claims department, which undertook repair efforts to cure the prohibition on individual resale. However, the expense and effort necessary to align the property with the purchaser’s intentions could have been avoided with a review of the exemption by-law’s details prior to closing.

2) Paying for parking: Forgetting the locker and parking units

When purchasing a condo, it’s important to ensure that title to associated units, such as parking and locker units not part of common property, are properly transferred to the purchaser. Transferring title to the condo unit itself does not necessarily transfer title to these additional expected elements.
Unfortunately, we often see lawyers and their staff overlook an absence of title for parking and locker units in closing documents. In one such example, the status certificate and draft transfer did not make express reference to a locker unit that was included in the agreement between vendor and purchaser. This omission was only discovered after closing, which necessitated additional efforts and cost to facilitate a transfer of the locker unit from the vendor.

In a similar example, which necessitated more complicated repair efforts, parking and locker units were included in an agreement of purchase and sale of a condo. The vendor had been using these units for years under the impression that they held title to them along with the condo itself. It was discovered after closing that the vendor had never held good title to the parking and locker units and could not therefore have transferred the title to the new purchaser. In fact, title to the locker and parking units had been inadvertently detached from the associated condo unit since 2005, when a previous transfer had failed to properly include them.

It can be extremely complicated and difficult to repair such errors in title when historical parties from decades past must be located and included in the repair. Confirming prior to closing that title to associated parking and locker units will be properly transferred can ensure that these costs are not borne by an unaware client, leading to potential claims.

3) PIN problems: When one property has multiple PINs

Some properties treated as single entities have more than one PIN. When this occurs, the lawyer must ensure that all relevant PINs are properly included in the transfer documents or mortgage. Remember that PINs are not directly correlated with lot numbers. We often see a second or third PIN tied to a property forgotten or omitted, leading to registration problems for title or mortgages.

In one such example, a property in Ontario comprised two PINs, with one PIN assigned to two lots on a plan, and a second PIN assigned to part of a lot on a plan adjacent to the first two lots. The agreement of purchase and sale, along with the transfer and mortgage, only referred to the first PIN, leaving out the adjacent PIN.

This error was only discovered when the vendor later received a tax bill for the remaining land attached to the second, omitted PIN. An insurance claim was reported and repair efforts were undertaken to effect the transfer of the second PIN and address the unintended tax consequences. The transfer and mortgage both needed to be amended to properly rectify the problems with the original transaction, leading to unnecessary costs and time spent.

4) Getting the purchaser’s name wrong: More than an embarrassment

We’ve all experienced the embarrassment of misspelling or misstating someone’s name. But when that error is included in transfer or mortgage documents, the validity of the title or instrument can be called into question unless the error is rectified. In one recent example brought to our attention, a builder inadvertently entered the purchaser’s name in reverse on the transfer document.

While such typographical errors can usually be repaired, the cost and effort involved could have been avoided if the draft transfer had been inspected to ensure that the party’s name was correctly entered.
If the lawyer or their staff has any doubt about the proper spelling or content of their client’s legal name, it is important to double check with the client so that misnomers, misspellings, or other errors are not included on the registered documents.

When problems aren’t noticed until many years later, often when the client attempts to resell the property, it can become much more costly and cumbersome to fix what could have been prevented with a second look or a phone call. For the client, this can lead to confusion and delay; for the lawyer, this can trigger insurance deductibles under their professional malpractice insurance.

The easiest way to ensure that the client is able to hold legal title to a property and is able to use the property in the intended way, is to take the time to ensure you are familiar with all aspects of the transaction and the client’s goals. Understanding the extent of the property being conveyed and what the client expects to receive will allow you to spot any inconsistencies or potential problems that may arise down the road.