Repairs: The best defence is ensuring a defence isn’t needed 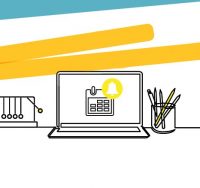 Most potential claims don’t result in litigation or settlement. The timely reporting of practice errors allows our counsel to step in and help lawyers take steps to rectify errors and prevent losses. LAWPRO counsel have substantial knowledge and experience in areas commonly associated with repairable practice errors, such as potentially missed limitation periods, administrative dismissals, mortgage and construction lien filings, and other common issues. Many mistakes can be fixed, and repair efforts reduce the impact of a potential claim to lawyers as well as their clients. In 2018, 36 per cent of all reported claims were closed without any defence or indemnity costs being incurred.

Here are a few examples of cases where LAWPRO successfully repaired potential losses in 2018.

Potentially missed limitation periods are a common source of malpractice claims, but are also often repairable. In one 2018 example of such a repair, LAWPRO successfully assisted a licensee in opposing an application for summary judgment brought by defendants on the basis that the licensee’s client’s claim was brought out of time and was statute barred.

This case involved allegedly negligent financial advice provided by financial planners (the defendants) regarding the validity of an Individual Pension Plan (IPP) scheme. The plaintiff was advised by the defendants that transferring her pension to a particular IPP would allow an earlier retirement while still being acceptable to the CRA. In reliance on this advice, the plaintiff transferred her pension from her employer’s plan to the recommended IPP in November 2008.

In September 2011, the CRA notified the plaintiff that her IPP did not, in fact comply with the regulations and would be deregistered. The plaintiff issued a Statement of Claim against the defendants in June, 2012.

Even when there are no questions as to whether a statement of claim has been issued within the relevant limitation period, problems can still arise if new parties need to be added down the road.

In another 2018 case, LAWPRO assisted a plaintiff and his counsel in successfully adding additional defendants to an action when the defendants claimed the relevant limitation period had already expired.

This case involved a medical malpractice claim against a chiropractor for treatment that allegedly caused serious injury to the plaintiff in 2011. The action was commenced against the chiropractor in 2013, within the limitation period. In 2014, the defendant added third parties to the suit: the plaintiff ’s family doctor, a massage therapist, and a nurse who provided medical care subsequent to the allegedly tortious 2011 chiropractic treatment.

In 2016, the plaintiff sought leave to add the third parties as additional defendants. The third parties opposed the application for leave on the basis that the limitation period against them had already expired.

The plaintiff successfully argued that the claim was not discovered and could not have been reasonably discovered prior to the filing of the defendant’s third party claim in 2014. The plaintiffs’ motion to add defendants was therefore filed within the limitation period and was not statute barred.

Now and then, we can validate service now for then

Limitation periods are often unforgiving. Properly diarizing deadlines for the filing of claims and other key steps in the litigation process is an integral element of a well-managed litigation practice. Missing a deadline, as we often emphasize, can have serious repercussions for a client and can lead to malpractice claims.

But mistakes happen, and sometimes, with the assistance of LAWPRO counsel, damage from an inadvertently missed deadline can be fixed.

One such example arose this year in the context of a missed deadline for serving a Notice of Claim. The case involved a property insurance claim for water damage to the plaintiff ’s place of business. The plaintiff held an insurance policy offered by the defendant, which contained a one-year limitation period for claims made under the policy.

The procedural rules required service on the defendant within six months after filing a Notice of Action, and, unfortunately, the plaintiff ’s lawyer forgot to diarize that deadline. By the time it came to the lawyer’s attention that he had neglected to serve the defendants with the Notice of Claim, it was two months late. LAWPRO stepped in to assist the plaintiff ’s lawyer in repairing the error, and a motion to extend the time period for service nunc pro tunc was filed. Fortunately, although the defendant had not been properly served within the relevant period, the Notice of Action had been brought to the defendant’s attention shortly after it was filed. As well, all the relevant evidence had already been provided to the defendant insurer shortly after the initial property damage in accordance with the plaintiff ’s insurance policy. This meant the missed deadline had caused no actual prejudice to the defendant.

A stitch in time

Immediately notifying LAWPRO of potential errors or omissions means steps can be taken to resolve the situation before it develops into a malpractice claim. If you are aware of a real or potential claim, don’t try to resolve the problem on your own. A call to LAWPRO means we can provide expedient and experienced advice and assistance. 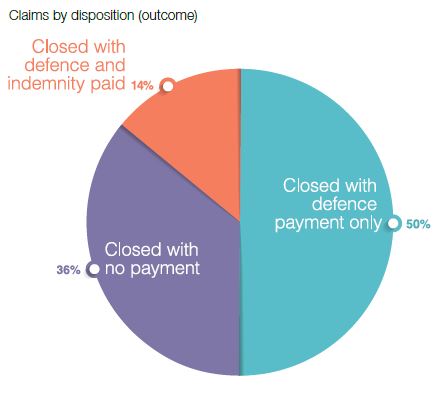