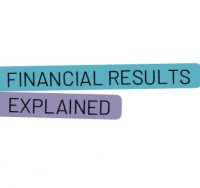 We kept our base premium unchanged this year, and that consistency is reflected in 2018’s net earned premiums of $107.5 million being only slightly below last year’s result. Since the number of practising lawyer full-time-equivalents (FTEs) is a solid 27,323, which is slightly higher than expected, the small reduction in net earned premiums is primarily due to fewer real estate transaction levies caused by a cooling real estate market in Ontario.

Total claims expenses of $80.9 million came in significantly below expectations and more than $25 million below last year’s claims. This was not caused by a reduction in reported claims, which remained substantially unchanged from last year. Instead, the reduced expenses are primarily due to an acceleration of the favourable severity trend recognition, which resulted from an updated blend of loss valuation models used in the reserving process by the actuaries.

Thanks to prudent management, our general expenses of $22.1 million once again came in slightly below budget. Our continued success in maintaining a favourable expense ratio compared to the industry average for similar insurance companies has put us in a strong financial position moving forward.

Volatile market conditions in 2018 did not substantially compromise our investment income, as it is $1.3 million above budget at $19.7 million. The market downturn at year end did lead to a $3.2 million write down on impaired securities, but this was mostly offset by a lower change in unrealized losses compared with last year.

Between 2015-2017, LAWPRO phased in new Minimum Capital Test (MCT) calculation requirements. The MCT is intended to ensure that a financial institution’s assets are sufficient to meet its present and future obligations. The MCT ratio is influenced by credit risks (investments and receivables) and liability risks (both in terms of unpaid claims as well as unearned premiums).

Another year, another strong financial rating

This year, LAWPRO was pleased to receive its 18th consecutive “A” rating for financial strength and “A” issuer credit rating from A.M. Best Co. This independent rating is provided to companies that have an “excellent” ability to meet ongoing insurance obligations and reflects our long-term financial stability.