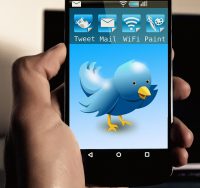 There are two common statements by people who don’t want to sign up for Twitter: “I don’t have anything to say” and “I don’t know who to follow.” In recent years the social media app has put a lot of effort into making it easier for new users to jump right in and take part.

First, there is no need to ever “tweet” anything. Many Twitter users simply follow accounts of news organizations, politicians, sports writers, musicians and mentors. It’s a great way to get up-to-the minute news and opinions as the day unfolds.

Signing up for Twitter is simple. It can be done on your desktop or through the Twitter app (free to download) on any smartphone. All you will need to provide is an email address and password, then select a username in the format of @yourusername. If the name you want is taken, Twitter will suggest some close variations.

With a few clicks you’ll be able to hit the ground running on Twitter. The initial suggestions will, no doubt, lead you to follow other related accounts. You can constantly refine your list of “Follows” (and be sure to follow @lawpro, @practicepro and @TitlePLUSCanada)!

So don’t be nervous to take the plunge into Twitter. Like millions of others, you’ll probably be hooked in no time!