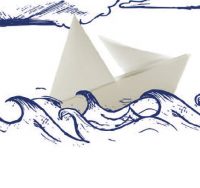 The first result of the amendment was that plaintiffs’ solicitors received respite from “show cause” status hearings. Status notices ceased to be issued as of January 1, 2015. Status notices received by parties prior to January 1, 2015 under the “old” Rule 48.14 ceased to have effect on that date, unless a status hearing had already been scheduled or the action had already been dismissed.

Show cause status hearings have been carried forward into the amended Rule 48.14(5), (6) and (7), and will soon make a comeback. The second reason why the amended Rule 48.14 benefitted plaintiffs’ solicitors was that it put off the administrative dismissal of actions until the later of January 1, 2017, or the five year anniversary of the action’s commencement. Under the “old” Rule 48.14, if an action had not been placed on a trial list within two years after the first defence was filed, the action could be dismissed by the Registrar 90 days after a status notice had been served on all parties. Likewise, the action can now be administratively dismissed where it has not been restored to the trial list within two years of being struck off, rather than within 180 days, as the “old” Rule 48 provided, again 90 days after a status notice had been served.

Also repealed was Rule 48.15, which provided that an action would be dismissed as abandoned where no statement of defence or notice of intent to defend had been filed within 180 days of the commencement of the action.

Don’t get surprised by a dismissal order in early 2017

The new Rule 48.14 stemmed the tide of status review hearings and very costly claims for LawPRO – over $10 million dollars in the last 4 years. However this respite is temporary. Practitioners must immediately start to “batten down the hatches” to avoid the storm which will make landfall on January 1, 2017. Indeed, the storm’s effects may well be felt even before January 1, if waves of status hearings for actions commenced prior to January 1, 2012, are scheduled in order to avoid automatic administrative dismissal on January 1, 2017.

Plaintiffs’ counsel may also file, at least 30 days before January 1, 2017, an agreed upon timetable identifying the steps to be completed before the action is set down or restored to the trial list, their dates for completion, and a date no more than two years after January 1, 2017, by which time the action must be set down for trial or restored to the trial list, and a draft order establishing the timetable.5where the parties do not consent to a timetable, any party may bring a motion for a status hearing before January 1, 2017.

At the status hearing, the plaintiff must show cause why the action should not be dismissed for delay or the court may set time limits for the completion of the steps necessary for the action to be restored to the trial list, and may order that it be placed on the trial list within a specified time.

What will the administrative dismissal test be?

Amended Rule 48.14(7) says nothing about the test to be applied at a “show cause” status hearing under that rule, but the test set out in Faris and 1196158 is the likely candidate.

What if plaintiff ’s solicitor neglects to take any of these steps, and finds that the action has been automatically dismissed by the registrar in January, 2017? again, amended Rule 48.14 does not say what test will be applied to set aside these dismissals, but the logical choice would be the extensive case law developed for setting aside administrative dismissals under the “old” Rule 48.14. In considering whether a registrar’s dismissal order should be set aside, the following factors are relevant: (1) the explanation for the litigation delay, (2) inadvertence in missing the deadline, (3) whether the motion to set aside was brought promptly, and (4) no non-compensable prejudice to the defendant if the action were restored.

Rule 48.11 – “actions struck off trial list” – was carried forward unchanged into the amended Rule 48. In Nissar v. Toronto Transit Commission,8 the Court of appeal adopted the same test for restoring actions to trial lists, as for “showing cause” at a contested status hearing under the “old” Rule 48.14(13).

In Carioca’s Import & Export Inc. v. Canadian Pacific Railway Inc.,9 the Court of appeal followed the test it developed in Nissar, but gave it a slightly more liberal “spin.” The Nissar test is to be applied where refusing to restore an action to the trial list would result in its dismissal, for instance, a registrar dismissal under Rule 48.14. Otherwise, the test is whether the action is ready to be tried. The parties are not to play a “blame game,” nor is the plaintiff required to account for delay on a month-to-month basis. Rather, the issue is whether the plaintiff presented an “acceptable explanation” for the delay.

Actions should be tried on their merits when an “acceptable explanation” is presented. In assessing whether a plaintiff’s explanation for the delay is reasonable, the court should consider the overall conduct of the litigation, in the context of local practices. Practices for scheduling pre-trial conferences and trials differ throughout the province. These practices can affect the expectations of the parties, their counsel, and the courts in assessing whether a plaintiff ’s explanation for delay is reasonable.

However, the court is entitled to consider the defendant’s conduct in light of its assertions of prejudice. Fortunately, there is a series of judgments holding that clients should not suffer for their solicitors’ inadvertence where a just result can still be obtained if the requested relief were granted. Clients ought not to be forced to seek new counsel to pursue an indemnity claim against their former counsel. Such an action will first require the proof of the likely liability of the defendants in the original action without having the normal rights of discovery and production from them. In addition, more costs and court time will be consumed in addressing whether or not the lawyer was negligent and ought to be responsible for the plaintiff’s alleged losses.

Despite the courts’ reluctance to allow plaintiffs to suffer for their counsels’ inadvertence, counsel should not assume that a court will exercise its discretion in their clients’ favour. Furthermore, such motions are expensive, even when they are successful. You also want to avoid the $10,000 increase in deductible that can apply to administrative dismissal claims.

We therefore urge counsel who commenced actions prior to January 1, 2012, to use 2016 to “batten down the hatches” and take all necessary steps to avoid having their actions dismissed on January 1, 2017. Counsel who commenced actions in 2012 will face these same concerns throughout 2017. Set the action down for trial. Restore the action to the trial list. Enter into and file a timetable.

If these steps fail, move for a status hearing.

But don’t just do nothing.