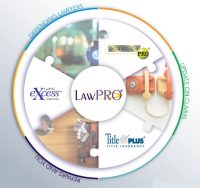 Net LAWPRO revenues in 2014 were $114.9 million, almost exactly as budgeted. Premiums from the mandatory insurance program were $8.4 million higher than in 2013.

Incurred claims and adjustment expenses for 2014 increased by $2.9 million compared to 2013. However, they were lower than the $105.3 million budgeted.

The discount rate used to value claims liabilities decreased from 2.68 per cent at December 31, 2013 to 1.95 per cent at December 31, 2014. Tracking the discount rate causes an adjustment to the amount reserved to pay future claims costs (it reflects current and projected interest rates on investments). The decrease in the discount rate creates a higher additional claims liability; in this case, an unfavourable development of $7.7 million. In other words, because we must assume we will make less interest on our reserves while we wait to pay individual claims, we must set more money aside.

LAWPRO’s general expenses in 2014 were $0.5 million higher than in 2013, but still $450,000 lower than budgeted, as a result of disciplined cost containment efforts.

However, regulatory changes have begun to place significant pressure on the company’s MCT result. Less favourable changes to the MCT calculation began to be phased in effective January 1, 2015. The full scope of the changes will come to bear over a 3-year period. A current calculation based on the eventual formula (ignoring the phase-in) results in a MCT score of 214 per cent, below the company’s preferred target range. As a result, despite the encouraging financial results in 2014, LAwPRO continues to face pressure to maintain an acceptable MCT result in the coming years.