Would you get caught in a trust vs. gift dispute when handling purchase funds? 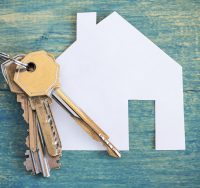 It can be uncomfortable to talk about money. When handling real estate purchases and domestic contracts, however, lawyers can’t afford to accept purchase funds on a “no questions asked” basis.

Why not? Because if purchase funds come from somebody other than the prospective owner, the doctrine of resulting trust presumes that, regardless of who is on title, the owner holds the property in trust for whoever advanced the funds.

The doctrine of purchase money resulting trust was reaffirmed by the Supreme Court of Canada in its June 2013 decision in Nishi v. Rascal Trucking Ltd.([2013] 2 SCR 438, 2013 SCC 33 (CanLII)). The case facts are complicated.

In a nutshell, when Nishi purchased a property on which Rascal had previously run a topsoil business, Rascal transferred $110,000 to Nishi. The property was subject at the time to tax arrears of $110,000, which included the cost of the municipality’s cleanup of the topsoil operation after it was ordered to cease operation. A few years later, Rascal sued Nishi for a part share of the property, relying on an alleged purchase money resulting trust.

The trial judge ruled against Rascal, who later won on appeal. At the Supreme Court, Nishi urged the court to abandon the doctrine of resulting trust and to decide the case based on unjust enrichment which, Nishi argued, had not occurred. Instead, the court reaffirmed the doctrine of resulting trust, finding that where a party provides funds for another party’s purchase of real estate, there is a presumption that the purchaser holds the property in trust for the funder (to the extent of his/her contribution). On the facts, however, there was sufficient evidence that the Rascal funds were intended as reimbursement of the remediation costs, and therefore, while not a “gift,” the transfer was made without expectation of obtaining an interest in the property − which was enough to rebut the presumption of a trust in favour of Rascal.

What are the implications for real estate lawyers? The decision in Nishi means that contributing funds, intentions matter a great deal; and that a lawyer who fails to document those intentions is at risk of a claim.

The nuts and bolts

There is a significant body of law with respect to resulting trusts, not only in the context of real estate, but also in other commercial contexts and in family and estates law. Here are some of the particulars.

Does the parties’ relationship matter?

Not very much. The presumption of trust creation arises regardless of the relationship between the parties, except in the case of a parent who advances money to a minor child. Where a parent contributes to a property purchased by an adult child – even where the child is economically needy – the law presumes a trust unless there is evidence of an intention to make a gift (see Pecore v. Pecore [2007] 1 SCR 795, 2007 SCC 17 (CanLII)).

The same goes for transfers between spouses, although in that scenario, there are wrinkles: where spouses take title as joint tenants (or put money into a joint bank account), s. 14 of the Ontario Family Law Act (FLA) provides that shared ownership is intended. And where a party contributes to what becomes a matrimonial home, the property division rules of the FLA will apply – but only to married spouses. Real estate lawyers should be aware, however, that not all homes purchased by couples are matrimonial homes; and, of course, that not all couples are married.

Other complications in the family law context arise from the application of alternative analyses, like the concept of “joint family venture” and “unjust enrichment” (see for example the decision in Kerr v. Baranow ([2011] 1 SCR 269, 2011 SCC 10 (CanLII)).

In a much older line of cases under family law that includes the decision in Murdoch v. Murdoch (1973 CanLII 193 (SCC), [1975] 1 S.C.R. 423), courts talked about the influence of evidence of the parties’ “common intention” on the determination of ownership of an asset. However, in deciding Nishi, the Supreme Court made it clear that the intention that is determinative is that of the person providing the funds. This guidance likely simplifies the resolution of these cases, because presumably, it’s the very denial of (or disagreement about) a common intention that lands parties in litigation. Instead of requiring each party to provide evidence about both his/her own intention and the other party’s agreement, it is simpler to require the funder to provide evidence in support of the presumption, and the owner to provide rebuttal (gift) evidence.

Although the Nishi decision suggests that it’s the funder’s intention that “matters,” the more challenging evidentiary burden is on the legal owner – so when handling this kind of purchase transaction, a lawyer needs to document his/her client’s intention regardless of whether the client is the funder or the prospective title holder.

How to manage the risks

How can lawyers reduce the risk of a claim related to a trust vs. gift dispute? Here are some simple tips:

Explain the implications of putting the title in the non-funder’s name, and/or of taking title as joint tenants.

Categories: 2015 February - LAWPRO 20th, Articles, Could This Happen to You?, Real Estate