How simple mistakes can lead to large claims 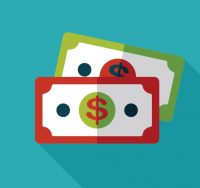 It’s easy to think that, at least in your office, a major claim couldn’t possibly happen. But LAWPRO’s experience shows that errors, innocent oversights and gaffes in any type of practice can lead to big problems. And if you or your firm don’t have adequate insurance in place to address the claim, you could be facing personal exposure. The number of LAWPRO claims with values that exceed $100,000 has risen sharply in recent years and often the mistakes that lead to such claims result from very simple errors. Below are scenarios drawn from reported cases of alleged lawyer-negligence that show how easily large claims can develop.

You act for the purchaser of a residential condominium unit. Unbeknownst to your client, and despite the way the condo appears at the time of sale, not all parts of the unit being used as living space were actually transferred to your client. The condominium corporation tells your client that parts of her unit are common elements and she has to stop occupying those sections. She sues you for failing to identify this prior to the purchase. In fact, she winds up suing a number of people associated with this transaction. What could this cost you? In a case very similar to this, the lawyer and his firm were held to be responsible for $1.15 million.The legal costs were particularly substantial due to the number of parties involved and the complicated nature of the litigation.

Corporate/commercial: All you want to do is help the transaction close

You’re acting for someone purchasing a company. The vendor is unrepresented and won’t get his own lawyer. You offer to prepare all of the necessary legal documents for the transfer for both parties, but you don’t think it’s necessary to confirm in writing that you won’t be doing any additional filings for the other side, assuming it will be clear that person is not your client. The vendor doesn’t file the documentation that confirms he is no longer a director of the company. A subsequent sale of securities by the business results in him being held liable by Canada Revenue for taxes owed by the company, and he looks to you to pay it. By making the offer to do all the legal work involved in the transaction, the court held the lawyer in this case had a duty of care to the vendor that was breached. The judgment against the lawyer was just under $400,000.

You act for the wife in a matrimonial dispute. The couple have done pretty well for themselves over the course of their marriage. You determine the husband could be a potential flight risk and originally intend to seek a preservation order. However, the wife could use financial help immediately,so instead you negotiate a deal to have the husband transfer assets to the wife which represent a lot, but not necessarily all, of the estimated equalization payment. When the husband suddenly disappears and the wife can’t recover what’s outstanding under the equalization payment, she sues you for $6,000,000. Thankfully, at trial the court found the lawyer’s actions did not cause the wife’s loss.

Franchises: When lawyers act as trustees

Your client acquires the exclusive right to set up franchise locations for a nation-wide restaurant chain in a specific province. You act for your client in setting up his business structure and the franchise documents. After he starts signing up investors for the franchises, it becomes apparent that there isn’t as much interest as he expected. Because it’s clear that not all units will be sold as originally set out in the documents, an amendment is made to the agreements that states your client will deliver the investors’ funds to your firm after closing and you will hold it in trust until all units are sold. Your client receives the money from the investors, but never remits it to you.

You later discover your client has used the funds to pay down his own business debts. Your client’s business fails and the parties who invested in the franchises can’t recover against him because he and his business are insolvent. The investors sue you. The court found that the lawyer breached his fiduciary duty to the non-client investors by not holding the funds in trust as originally held out. The investors, who each invested $50,000, were entitled to seek recovery against the lawyer for the full amount lost.

Your client holds several patents. You are to arrange payment of the necessary fees to a patent office, but through an oversight, payment is not made in time and the patents lapse. More than $1 million in damages was awarded in a case like this.

Mortgages: When trying to save money on an up-to-date search winds up costing a lot

You act for the mortgagee and mortgagor of a commercial property that’s under construction. You register the mortgage on the subject property, but you skip the search to save money and end up missing a critical fact. It ends up the mortgage is unenforceable because a recent amalgamation of the borrower’s companies means that the neighbouring properties, that used to be owned by separate but related companies, have now become joined as one. The mortgage was in contravention of section 50(3) of the Planning Act, R.S.O. 1990, c. P-13, since the borrower owned abutting lands. The borrower subsequently goes bankrupt and the mortgagee is found to be an unsecured creditor. At trial more than $2 million in damages was awarded against the lawyer.

You commence an action following a motor vehicle accident on behalf of the injured party and a compensation fund. You act on this file for six years. In consultation with both the injured person and the fund’s lawyers, who both seem to give their approval, a settlement is reached that you think is fair. Later, a senior officer in the fund declares the settlement to be inadequate and says you didn’t have proper consent to settle. At trial, the court finds that while you had in fact received consent, it wasn’t informed consent, because you failed to properly investigate the adequacy of the settlement. The court found the total loss to be more than $800,000. In 1990 the judgment, upheld on appeal and before adding costs, was for more than $344,000 against the defendant law firm.

Wills and estates: Sometimes you think you’ve got all the information you need

Your client gives you very clear instructions on how he wants his estate to be distributed, including a gift of certain lands to his brother. You ask the client to provide a legal description of the land, and you prepare the will in accordance with his instructions. After your client’s death you realize that the land was owned by your client’s company, not your client directly, and the company passed to a different beneficiary. The court found that there was both a duty of care to the intended beneficiary and, in the circumstances, the lawyer should have done a title search. The damages awarded against the lawyer were just under $500,000

This article is by Victoria Crewe-Nelson, Assistant VP of Underwriting at LAWPRO.