Warning: Insurers can ‘contract out’ of the Limitations Act, 2002 in ‘non-consumer’ policies 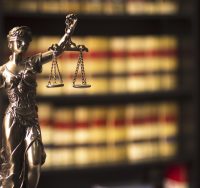 The law of limitations applicable to insurance claims has entered a period of uncertainty, arising in part from insurers’ ability to “contract out” of the Limitations Act, 2002 (LA 2002) where the insured is not a “consumer.” Claims on group long-term disability policies may prove especially hazardous. This article discusses this new development, and touches on why certain attempts by insurers to contract out of the LA 2002 are impermissible, and how this knowledge might save your client’s claim, and your deductible.

This discussion is technical, which cannot be helped. Please bear with me.

The LA 2002 applies to all court proceedings not specifically exempted in section 2 of the Act or in the Schedule referred to in section Of the many limitation periods which existed in the Insurance Act prior to January 1, 2004, only three were preserved in the LA 2002:

The “business agreement” vs “consumer” distinction

Do you think that if you remember these three exceptions, you are home free, and can blithely apply the LA 2002 to any other insurance claim? Think again! Sections 22(5) and 22(6) of the LA 2002 allow insurers to contract out of the Act where the insurance contract can be characterized as a “business agreement,” which in effect means that the insured is not a “consumer.” “Consumer” is defined as “an individual acting for personal, family or household purposes and does not include a person who is acting for business purposes.”

According to a recent Superior Court decision, it is a business agreement.2 This case did not involve a LAWPRO claim, but it is a warning to practitioners that disability insurers are free to contract out of the LA 2002 where a company or an association is a policyholder, even though the policy is for the benefit of the company’s or association’s employees or members. Such an insurance contract is a “business agreement.”

The court relied on an Ontario Court of Appeal decision where the Court of Appeal held that the insurer was entitled to contract out of the LA 2002 in an “all risks” policy given to a corporation. In that case, the claim was for damage to corporate property. LAWPRO has learned that at least one large disability insurer is amending and simplifying its policy wording to provide for a one-year limitation period computed:

There is nothing to prevent insurers from contracting out in every insurance contract where the insured is not a “consumer.” Therefore, when bringing an insurance claim, practitioners must consider whether the insured is or is not a consumer. If the contract is a “business agreement,” the limitation provisions must be very carefully scrutinized and complied with.

Not all attempts to contract out are valid

Conversely, where the insured is a consumer, or where the insurance contract was entered into between January 1, 2004 and October 19, 2006, lawyers should beware of insurers’ impermissible attempts to contract out of the legislation. The Superior Court held, and the insurer did not dispute on appeal, that the Ontario Policy Change Form (OPCF) 44R insurer could not enforce the limitation period in s. 17 of the OPCF 44R endorsement. Section 17 provides that an action against the OPCF 44R insurer must be commenced within one year from the time the insured ought reasonably to have known that his or her claim exceeded the $200,000 statutory minimum. The insurer argued that although

The next area ripe for “contracting out” litigation may be uninsured motorist coverage. Regulation 676, s. 8(3) under the Ontario Insurance Act provides that the limitation period for a claim under uninsured motorist coverage is two years from when the cause of action arises. This Regulation was not repealed when the LA 2002 came into force, but neither was it exempted from the application of that Act. There is no good reason why the reasoning in the above-noted case on OPCF 44R should not apply in uninsured motorist cases where there is no permissible and effectual “contracting out” by the insurer.

When considering the timeliness of an insurance claim, ask yourself:

Examine the contractual terms very carefully. When in doubt, issue the claim at the earliest possible moment.