Tools and strategies for lawyers with vision impairments 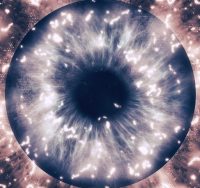 Toronto lawyer Ernst Ashurov was born with limited vision, and an eye injury in childhood left him almost completely blind; yet he runs a criminal and general litigation practice. In the first few years of his career, he was able to read print using extreme magnification glasses; but by 2006 he could no longer read. These days, he relies on two key software products to work with documents and to conduct internet research. Since software has its limitations, he has also developed a personalized set of strategies for dealing with the specific demands of court attendance, and for working with images and video.

JAWS, an acronym for Job Access With Speech, is a screen reading program from Freedom Scientific®. When installed on a computer (there are versions for both PC and Mac®), it allows the user to have text and numerical content read aloud to him or her. For users who prefer Braille to audio, or who also have a hearing impairment, JAWS can also provide output to the user in the form of Braille (via a special Braille reader).

More than just a reader, says Ashurov, “JAWS superimposes itself over the operating system, and lets the user navigate between Microsoft® Office programs – even if the user can’t use a mouse.”

How does it work? Users learn keyboard “shortcuts” (similar to the more limited set used by sighted keyboard users; for example, control-c for “copy,” control-p for “paste”). Says Ashurov: “It’s very much like the way computers used to work under the DOS operating system” that predated mouse powered Windows® and Mac OS. Learning the long list of shortcuts was not difficult, says Ashurov, who navigates programs about as quickly as a sighted user. “You do have to be good at remembering file names,” he concedes, as well as being organized when you develop your filing system.

JAWS also allows users to navigate the Internet, and is designed to read content in the order of priority that a sighted researcher would choose to read it, and to distinguish between a page’s core content and secondary areas, like banner advertisements.

When typing on a computer that is running JAWS, the program reads the user’s work back to him or her, which allows for correction of any mistakes.

When he needs to read hardcopy documents, Ashurov relies on Kurzweil 1000, a software product from Kurzweil Educational Systems®. Kurzweil allows Ashurov to scan hardcopy documents into a special format for audio reading (documents can also be converted to Braille). The program can also open PDF documents – traditionally challenging for text-to-audio software – and convert them into text for audio.

Portable technology for the courtroom

In the past, explains Ashurov, for courtroom appearances he needed to rely on a special portable recorder into which he could download selected audio files from his office computer. “Now that computers are so much lighter and smaller, there’s no need for that.” He can now listen to audio directly from his computer (after explaining to the judge why he’s wearing headphones!).

When questioning witnesses about prior statements, instead of showing the witness entries from police notes, he plays excerpts from an audio recording of the notes ahead of time.

In some trials, of course, a certain portion of the evidence is visual: objects, photographs, and video may form part of the evidentiary record. While Ashurov has heard of a special digital camera that can convert a photo into a voice description, for the moment he relies on the help of his wife, who has worked as his assistant for his entire legal career. In preparation for trial, she records descriptions of physical evidence and photographs. “When there’s a video involved, we sit together and she describes it to me frame by frame. We record the descriptions, and I listen to the recording several times before trial.”

The takeaway? A disability need not prevent you from practising law. Take the time to research and test the technologies available, figure out how they can support the way you like to work, and develop a system of strategies – which will likely include the help of a trusted assistant − that suits your needs. When you encounter a new challenge, be resourceful and creative in overcoming it, and share your solutions with colleagues who have similar needs.

Ernst Ashurov is a Toronto criminal lawyer and general litigator; Nora Rock is Corporate Writer
and Policy Analyst at LAWPRO.