Past 40 years marked by a changing mix of lawyers 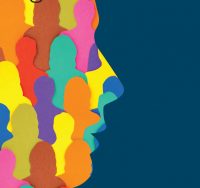 As part of its commitment to promote equality and diversity in the legal profession, and to ensure that the Ontario community is served by a representative profession, the Law Society of Upper Canada conducts research and collects data on the composition of the profession.

Since 2009, lawyers have been asked to indicate in the Lawyer Annual Report whether they identify as members of equality-seeking communities, including Francophone, Aboriginal, racialized, lesbian, gay, bisexual or transgender (LGBT), and whether they have a disability.

The Law Society also relies on Canada Census data and quantitative and qualitative research to identify trends and develop policies, resources and programs to support lawyers. This article provides some insights into how the composition of the profession has changed over the last four decades.

There are various terms used to describe members of equity-seeking communities. While these terms are widely used, not everyone may be familiar with their definitions. The term Aboriginal includes First Nations, Inuk or Inuit, Métis, Status Indian, or Non-Status Indian.

Although the legal profession is adapting to the entrance of women in the profession, research findings show that women lawyers leave private practice in larger numbers than their male counterparts.

One of the most immediate issues for women in private practice appears to result from childbirth, parenting responsibilities and the lack of flexible work hours and work arrangements.

Today, the representation of racialized lawyers continues to increase as the numbers of racialized licensing candidates are now more in proportion with racialized members of the general population.

Interestingly, Ontario’s Aboriginal lawyers are representative of the population they serve, with between one and two per cent, compared with two per cent of the Ontario population that is Aboriginal. As professor Michael Ornstein notes “[…] for Aboriginals who graduate from university the legal profession is a preferred destination.”

Practising in sole practice and small firms, years of call and areas of practice

Since these communities began entering the legal profession only fairly recently, the majority of racialized, Francophone and Aboriginal lawyers were called to the bar less than 20 years ago.

Aboriginal lawyers, racialized lawyers, and lawyers with disabilities are also more likely to practise in sole practice and small firms. This is also the case for men as compared to women lawyers – 70 per cent of sole practitioners are men and 30 per cent are women. Licensing candidates admitted via the National Committee of

Accreditation process – administered by a standing committee of the Federation of Law Societies of Canada to accredit lawyers trained abroad for practice in Canada – are also more likely to become sole practitioners.

A Law Society study of the Aboriginal bar noted that the main areas of practice for Aboriginal lawyers are criminal law, employment and labour law, administrative law and “other.” At the time of the study, the category of Aboriginal law was not included in the choices of areas of law. And that figure is similar for men, women and racialized lawyers.

LSUC initiatives that respond to diversity

The Law Society of Upper Canada has adopted a number of initiatives to continue to monitor trends in the profession and to ensure that it responds to the increased diversity. An Equity Initiatives Department is responsible for promoting equity and diversity in the legal profession and for providing expertise to the standing committee of Convocation – the Equity and Aboriginal Issues Committee. Some additional Law Society initiatives are listed below.

The legal profession’s increasing diversity makes it more reflective of the public it serves. It is important for law firms, legal organizations, legal associations and others to recognize the changing demographics of the profession. This will help them be more responsive to the needs of the diverse communities that make up the profession, and will also help with access to justice for the people and institutions which the profession serves.

Recommendations included the creation of a career coaching program for women in sole practice or small firms to help them plan and transition effectively into a maternity, parental or compassionate care leave and return to practice.

Created with the participation of 57 law firms of all sizes and throughout Ontario to develop resources to assist in the retention of women in private practice.

Assists sole practitioners and partners in firms of five lawyers or fewer with financial assistance for maternity, parental or adoption leaves for those who have no access to financial parental benefits under public or private plans.

An online list of lawyers and paralegals from across the province who are available to provide legal services on contract.

For lawyers and paralegals who provide legal services to Aboriginal clientele.

Consulted with stakeholder groups, researched best practices for creating an inclusive profession, held interviews and focus groups, and conducted an online survey to develop strategies for inclusion at all career stages. It is expected that in the fall of 2014, the Law Society will consider recommendations to enhance service.