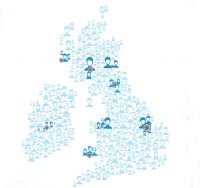 In past LAWPRO Magazine articles we have highlighted malpractice insurance issues in other countries around the world. In this issue we provide an overview of the recent experiences in England, Wales and Ireland, where a transition from mandatory programs to the open commercial market occurred.

In the 1990s, the Solicitors Indemnity Fund (“SIF”), the captive insurer for lawyers in England and Wales, was experiencing significant debt. In response, it doubled its premiums for many lawyers and applied special levies. This prompted calls to open the mandatory insurance to the commercial market, and ultimately a decision was made to do this. There were many commercial insurers offering legal professional liability insurance at that time and many firms that purchased insurance from carriers other than the SIF were able to negotiate better premiums and deductible options. In 2000, the SIF was abolished and all firms were left to buy insurance in the commercial market.

Over the next several years, the largest law firms had no difficulty obtaining insurance coverage. However, lawyers in higher risk firms, in particular small firms and/or conveyancing firms, began to find it difficult to obtain affordable, or at times any, insurance from regulated insurers. Many turned to unrated insurers who were unregulated by their domestic government insurance supervisor.

On top of this, Europe’s economy shrank and there was an increase in claims. The competition within the commercial professional indemnity insurance market grew increasingly fierce and many insurers did not charge premiums sufficient to cover the cost of claims, which in turn meant that further premium increases were required, especially for smaller firms. As a result, through the late 2000s, firms in England, Wales and Ireland saw wildly fluctuating availability and premiums for lawyers’ professional indemnity.

In the spring of 2010, UK bar associations warned their members that the fall insurance renewal deadline was expected to be “difficult.” As many lawyers already knew from their dealings with insurers over the previous year, this warning would turn out to be a colossal understatement. Lack of access to affordable professional indemnity insurance for the 2009/2010 and 2010/2011 insurance years forced dozens of law firms in England, Ireland and Wales to shut their doors.

By 2010 there were widespread calls for the legal regulator, the Solicitor’s Regulation Authority, to re-address insurance requirements for solicitors and work with the insurance sector in an effort to stem the rate increases. At the same time, the commercial carriers insuring lawyers began to run into significant financial difficulties because of the under-reserving and competitive pricing that had been taking place. This led some insurance companies to go into receivership, plans of administration or suspension, including the Solicitors Mutual Defence Fund, which was for most of its existence the largest insurer of Irish solicitors, and the Latvian insurer, Balva, which insured 1,300 law firms in England and Wales – roughly 9 per cent of the market. Some insurers voluntarily withdrew and the larger insurance companies, such as QBE®, Zurich®, and Chartis® (which together, in 2010, controlled 43 per cent of the market) withdrew from insuring, and stopped pursuing new business with, small firms. The reduced availability of insurance and increased premiums suddenly left many small firms out in the cold, unable to obtain the required annual professional indemnity insurance of £3 million.

The Law Society of England and Wales tried to address some of these problems by changing the mandatory “minimum terms and conditions” (or MTC) that insurers must abide by and also tried to reintroduce a master policy that would ensure all members of the bar were insured on equal terms (similar to the LAWPRO single policy which is issued to the Law Society of Upper Canada and insures individual lawyer-licensees and qualifying non-lawyer partners, as specified in its terms). However, the commercial insurers pushed back on these initiatives, sometimes for sound commercial reasons.

In Ireland, minimum terms and conditions were set by the Irish Law Society each year to ensure insurers offered the same basic coverage. In 2008 these minimum terms and conditions sought to introduce a requirement that insurers must offer terms to firms that they would normally have steered away from through an “Assigned Risks Pool” or ARP. Insurers reacted negatively to this idea, which came at the same time as claims more than doubled and the economy was in decline. The Law Society drew back and the ARP was suspended before being reintroduced later, with a smaller scope.

In England and Wales, the Assigned Risks Pool was already well established. The ARP was insured by all of the qualifying insurers together and provided gap coverage for firms unable to get insurance at all or at an affordable premium by the annual renewal date. When insurers that had specialized in insuring small, high risk firms, such as Ireland’s Quinn, went into administration, the ARP saw a spike in the number of firms applying to it. Some insurers pulled back from the ARP and voluntarily left the market due to the cost of participating. Changes were made to the ARP, reducing it from being available for coverage of up to 24 months in any five year period, to only 12 months, and then eventually to six months. If a law firm did not have alternate insurance in place by the time its ARP period ended, the firm would be required to close, which a number of smaller firms over the years did. Ultimately, the ARP was dismantled in October 2013.

As a result, many small firms were unable to obtain or afford to maintain professional liability insurance for their firms. While some lawyers in these small firms were able to join with larger firms, thereby reducing their risk profile which allowed them to obtain insurance, reports indicate that many small firm and sole practitioners faced having to retire early or assume positions as locums so they could rely on the insurance of the firms that hired them. In the last quarter of 2013, when insolvency levels in the UK for other types of businesses had finally begun to fall, there was a spike in the number of law firms entering into administration or receivership and the number of winding-up petitions and appointment of liquidators increased. In January 2014, the Solicitors Regulation Authority (SRA) published a list of 136 firms which had not been able to obtain alternate insurance by the end of the ARP’s final run-off period.

The SRA is now struggling with its minimum insurance requirements for law firms. In the wake of insurers’ insolvency and withdrawals there were calls for action to be taken against the use of unrated insurers. Ultimately the SRA chose not to ban firms from using unrated insurers, as this would have made it even more difficult for many firms to obtain insurance. Consideration is now being given to reducing the MTC to encourage competition and make it easier for firms to obtain insurance. The drawback, of course, is that in order to have lower premiums the protections under an insurance policy are typically reduced, most notably in terms of limits of liability and the length of run-off coverage.

Hopefully Ontario lawyers will never suffer the type of insurance troubles that lawyers in the UK and Ireland have in recent years, given that the Ontario bar had its own insurance learning experience in the mid-1990s before LAWPRO assumed full responsibility for the primary program. LAWPRO continues to monitor insurance-related developments in other jurisdictions, looking for any lessons that can be learned and how the program can be refined to address new and changing risks.