Cybercrime and law firms: The risks and dangers are real 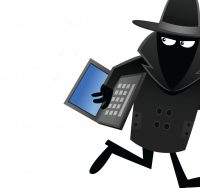 Historians may well look back and call 2013 “The year of the hacker.” There have been numerous high-profile data breaches involving major corporations and online services: Facebook, Apple, Twitter, Adobe, NASDAQ, The New York Times and LexisNexis, to name just a few. Everyone reading this article likely has information stored by at least one, if not several, of these companies.

And it doesn’t stop there. Millions of other business entities and individuals have experienced data breaches this year, either directly on their own computers or systems, or indirectly where there was a data breach involving information about them that was stored with a third party. Countless others will have lost money after being duped in various online scams.

Law firms and lawyers take notice: cyber criminals are specifically targeting you because they want your data or the money in your trust account. Law firms are actually very appealing and sought-after targets for cyber criminals for three reasons. Firstly, law firms have large amounts of sensitive and confidential information that can be very valuable. Secondly, law firms tend to have very large sums of money in their bank accounts. Lastly, and not the least, relative to their clients and based on anecdotal information, law firms tend to have weaker security protection in place on their networks and systems.

Cybercrime has hit very close to home. In 2011, several major Bay Street firms were targeted by hackers traced to China who appeared to be seeking information on a multi-billion-dollar commercial transaction.

In late 2012, LAWPRO handled a claim involving a significant theft from a firm trust account by a Trojan banker virus (see below). There have likely been thousands of attempts to breach Ontario law firm systems this year, and probably some actual breaches as well. But we will likely never hear about them because firms that experience breaches usually try to keep their names out of the news.

Information on cybercrime tools and techniques is widely available online, making it easy for even non-technical people to undertake malicious cyber activities. But make no mistake, while rank amateurs may launch attacks on law firms, industrial espionage on high value targets can involve the most skilled hackers in the world including, potentially, foreign governments.

Cyber criminals will use every tool at their disposal to attack law firms. They will send spam and phishing messages. They will try to install malware and create backdoors into your firm’s computers. They will look for weaknesses in security configurations and exploit them in order to access firm networks. In very devious ways, they will try to trick you or your staff into helping them. It is quite possible they would target you individually, including attacking your home computer to hack into your office systems.

The bottom line: cybercrime is a real and present danger for law firms. All firms should work to understand the cybercrime risks they are exposed to and take steps to reduce the likelihood they will experience a data breach at the hands of cyber criminals.

How prepared are you?

To assess your cybercrime preparedness, see if you can answer the following questions:

The remainder of this article, and the next one, will start you on the journey to help you understand and answer these questions. Tread carefully and thoughtfully as the health and the future of your practice could well rely on how well you address cybercrime risks.

The menace of malware

Malicious software (“malware”) is one of the most common ways law firm computers and networks are infiltrated and compromised by cyber criminals. The malicious intent behind malware usually involves gaining unauthorized access to computers or networks to steal money, passwords or valuable information, or to cause disruptions or destroy data. Malware can affect individual computers, firm networks and even the operation of the Internet. In many cases, people will not know their computer is infected with malware (see “How to recognize if your computer is infected with malware”). Worse yet, removing malware from a computer is often very difficult.

There are many types of malware and they usually do one or more of the following tasks or damaging things:

Malware employs varying mechanisms to self-replicate and infect other computers. Malware often requires some kind of deliberate action by a user to infect a computer or hijack an online account. For example, you can become infected with malware by doing the following things – most of them are common tasks that occur many times a day in every law firm:

Once malware gets into a firm network, it will often spread to other computers on the same network. As they often have mixes of people from many different firms or online communities, deal rooms and document sharing sites can be a breeding ground for malware. In some cases the computer user doesn’t have to do anything – some types of malware (e.g., worms) can spread on their own without any user actions.

Cybercrime dangers can originate inside your firm too

Many people assume, incorrectly, that the biggest cyber dangers come from outside a law office. Statistics actually show that the majority of incidents involving the destruction or loss of data are perpetrated by current, soon-to-be dismissed or recently dismissed employees. Few, if any, know more about your firm’s systems than your employees; and few, if any, are in a better position to cause major damage. In particular, your IT staff, employees with advanced technology knowledge, and outside technology support people are potentially the greatest threat. They have the greatest knowledge about your system configurations, the technical know-how to be very destructive, and they are often savvy enough to cover their tracks – erasing evidence of their presence and activities. Your cybercrime prevention efforts should address these internal dangers as well.

Now that you are familiar with basic cybercrime dangers, review the next article to gain an understanding of the steps you need to take to reduce your exposures to the cybercrime dangers that occur in law firms.

In December, 2012, an Ontario law firm provided notice of a claim involving the infection of one of its computers by a Trojan banker virus. This was a very sophisticated fraud in which the firm’s bookkeeper was induced, by a fraudster posing over the phone as a bank representative, to key in account and password information on her infected computer. Through the virus, the fraudsters were able to capture this information which they then used to access the firm’s bank account. Over the course of several days, fraudsters wired several hundred thousand dollars from the firm’s trust account to offshore accounts.

A more detailed review of how this fraud happened will help you appreciate how sophisticated these frauds can be. It appears the bookkeeper’s computer was infected when she clicked on a link on a popular news website. Despite being the most current version with all updates, the antivirus software running on her computer did not recognize or stop the infection.

After being infected, the bookkeeper’s computer appeared to have difficulties accessing the bank’s website. She got a “This site is down for maintenance” message. This was actually not a page from the bank’s website; rather, it was a fake or “spoofed” page pretending to be the bank’s website. On another screen that appeared on her computer – which also looked like it was the bank’s real website – she was asked to enter her name and phone number. This appears to have given the fraudsters her contact information, as later that day the bookkeeper received a telephone call from someone, allegedly from the firm’s bank. That caller said she was aware of the login attempts

and stated that the site had been down for maintenance. The caller said the

site had been fixed and asked the bookkeeper to try logging in again. The

bookkeeper did so, entering the primary and secondary login passwords for

not given to the person on the phone. The second password came from a

key fob password generator. This appears to have given the hacker both

that appeared on her computer.

three phone calls and wired funds overseas. An amount less than the balance

in the account was wired out each time. This was an infrequently used trust

bank did not detect these frauds or stop the wires. The people behind this

with the bank, the firm was responsible for replacing the funds that were

Lawyers should not underestimate the sophistication of frauds targeting

trust accounts. To better protect yourself from one of these frauds, see