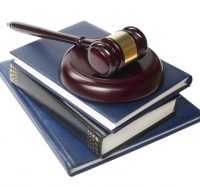 In 1994 the plaintiff became partners with two brothers. Each of the three partners invested $45,000 into a business and each held one third of the shares. No sooner was the venture started, however, than the partners had a falling out. By the end of the year the brothers had fired the plaintiff and excluded him from the business.

The plaintiff retained a lawyer who attempted to negotiate a resolution of the dispute. With no settlement ultimately finalized, the plaintiff decided to commence court proceedings against the brothers with new counsel. In June 1995, the plaintiff met the defendant lawyer who arranged for his partner to act. The defendant’s partner represented the plaintiff from June 1995 through March, 1996 when he left the law firm. The defendant lawyer then took over the plaintiff’s matter until May, 1998 at which point he was discharged. At the outset, the defendant’s partner had commenced proceedings by way of application. By three years later, there had been several attempts by the parties to resolve the matter, resulting in numerous adjournments, but no actual settlement or hearing on the merits.

Amendments following the expiry of a limitation period

In considering the plaintiff ’s arguments on their merits, the judge found that the defendant lawyer could not be vicariously liable for his partner in the absence of a judgment against the partnership or the partner himself. There was likewise no evidence to support the allegation that the defendant was under a duty to supervise his then partner.

The absence of expert evidence

The judge further held that, in any event, negligence was not made out against the defendant given the absence of expert evidence with respect to the appropriate standard of care. With reference to the general rule that it will not be possible to determine professional negligence without the benefit of expert evidence as outlined in Krawchuk v. Scherbak, the plaintiff relied primarily on the first exception set out in that case. The plaintiff argued that the need for expeditious prosecution if there is to be any hope of recovery is a non-technical matter commonly known to an ordinary person and therefore expert evidence was not required. The judge disagreed, noting that in this case, the parties in the underlying action had been interested in an out-of-court settlement and the amount at issue was quite small. There is, the judge outlined, a balance in such cases (between keeping the opponent’s feet to the fire versus allowing time for an out-of-court resolution) which calls for considered and professional judgment. As such, expert evidence was needed.

The allegations of negligence; causation and damages

The judge noted in closing that, even had he embarked upon the exercise of evaluating the appropriate standard of care, he would not be prepared to find that the defendant lawyer was negligent as alleged. Moreover, causation and damages were not made out as there was no evidence led to establish that the plaintiff had lost the opportunity to recover his $45,000 investment, given that his application was never dismissed.

The action was dismissed.