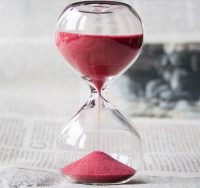 It is difficult to let go of fundamental principles. Many generations of Ontario lawyers were taught that equitable claims are not subject to any limitation period.

The Limitations Act, 2002 changed all of this. In Boyce v. Toronto Police Services Board1, the Ontario Court of Appeal expressed itself with absolute clarity on this point:

“The appellant alleges that the fiduciary claims can survive the Limitations Act as no time limit applies to such claims.

Do not be trapped by old habits of thought!

For additional discussion of this and other limitations topics, see “The Limitations Act, 2002 is a ‘catch all’ statute’”, which provides a general overview of the legislation; and “Lessons learned: The Limitations Act, 2002” which summarizes key case decisions under the new statute. Both articles are available in the LAWPRO Magazine archives at www.lawpro.ca, and in practicePRO’s topical article listing at practicePRO.ca.