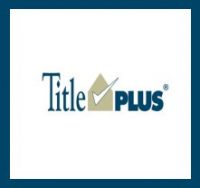 The 2011 policy year marked a period of fine-tuning for the TitlePLUS title insurance program, now headed into its 15th anniversary year. Rising building compliance-related claims costs in recent years prompted our underwriters to make some underwriting changes in 2010 that were deemed prudent for the program’s long-term success. Subsequent additional underwriting changes implemented in early 2011 have contributed to solid results for the TitlePLUS program: The subscriber base remains stable at just over 4,700 lawyers and Quebec notaries, and policy sales rebounded strongly in the last quarter of 2011. To date, 2012 results have outpaced policy sales for the same period in 2011 – an encouraging trend.

As well, TitlePLUS consultants were successful in recruiting 362 new subscribers – that is, lawyers and Quebec notaries who opted to become eligible to order TitlePLUS insurance for the first time in 2011.

Fine-tuning underwriting is not the only way policy administrators manage risk. Each individual policy application is carefully scrutinized for red flags, and in some cases the lawyer-subscriber would not even realize it, assuming the application passed. But the screening out of applications based on fraud potential saved the program an estimated $861,000 in claims costs in 2011. Although no applications were rejected due to grow-op factors, two policies were issued with special exceptions to address the presence of this type of risk at a potential savings to the TitlePLUS program of close to $750,000.

Careful management of program risks has contributed to a consistent downward trend in claims numbers and costs since 2007. The claims that do arise regularly under the program tend to be comparatively modest: The average indemnity payment on a TitlePLUS claim (based on claims closed as of December 31, 2011,) is $4,800, and 90 per cent of claims are resolved for less than $10,000.

We continue to see a significant number of claims related to building compliance issues broadly defined: 977 compliance related claims have been reported under the program since 2000. These 977 claims represented 23 per cent of the total claims reported during the period, but accounted for 47 per cent of claims costs ($15 million). The TitlePLUS underwriting team continues to work on methods to better detect building compliance risks before a policy is approved.

As well, TitlePLUS claims personnel are focusing closely on salvage opportunities and opportunities to recover costs in circumstances where a previous property owner should be held responsible for losses. In 2011, a multi-year effort to recover on two claims with a fraud component led to a $700,000 recovery. Ongoing subrogation efforts by TitlePLUS claims specialists have resulted in an additional $75,000 in recoveries, most on building claims and tax arrears claims.

One feature that sets TitlePLUS title insurance apart from most competitors in the market is the inclusion of legal services coverage in all but a small range of policies.

In a nutshell, this coverage allows a policyholder who believes that he or she has suffered a loss flowing from a lawyer’s error or omission in providing legal services in relation to a property transaction to make a claim under his or her TitlePLUS policy rather than have to file a claim against the lawyer to recover through the lawyer’s E&O policy.

Tailoring marketing and subscriber support for maximum impact and efficiency

Because TitlePLUS insurance policies are ordered by lawyers and Quebec notaries (or insurance intermediaries in appropriate jurisdictions) but insure consumers and lenders, the TitlePLUS sales and marketing group carefully target their communications to the various constituencies. So, LAWPRO has both a broad-based public awareness campaign directed at the public, and a highly personalized program of direct contact with lawyers.

Consumer-focused communication efforts centered on a public awareness campaign aimed at educating the general public about situations in which they could benefit from the guidance of a lawyer. For details, see Educating consumers about the lawyers’ role in real estate transactions.

Certain communications are carefully targeted to specific professional audiences. Of the 100 live presentations made in 2011, TitlePLUS personnel delivered 72 to lenders and 28 to real estate agents.

TitlePLUS consultants are responsible both for attracting new business to the program and supporting current subscribers. Communication with prospective and current subscribers takes a number of different forms. More than 3,700 sales calls were made to prospective subscribers, and the TitlePLUS program sponsored, hosted or presented information at 136 events attended by real estate lawyers across the country in 2011.

Support for existing subscribers is often provided one-on-one, through “housecalls” to subscriber firms. Nearly 1,600 such visits were made in 2011. Housecalls are made to provide training, to troubleshoot problems, or to demonstrate technology to a subscriber.

Educating consumers about the lawyers’ role in real estate transactions

For six years, LAWPRO has taken the lead role in a campaign that has two goals: 1) to educate consumers about how working with a lawyer can protect their interests, especially in real estate-related transactions; and 2) in so doing, to raise the profile of the real estate lawyer in communities large and small, thus supporting the real estate bar as a whole. LAWPRO views this as an access to justice issue as the real estate bar is often pivotal to the supply of legal services in nonurban communities.

In 2011, this consumer-oriented education campaign centered on the need for a lawyer in two types of transactions: when consumers take out a line of credit; and when they decide to buy or sell a house themselves (without a real estate agent) to take advantage of changes to the MLS system.

These efforts resulted in coverage in close to 100 newspapers and broadcast outlets across Canada, with an audience reach of more than 7.7 million Canadians.

Supplementing these proactive efforts were several articles that also emphasized the lawyer’s role in protecting consumer interests in different types of transactions. These articles, used by community newspapers, realtors and other professionals on blogs and websites, addressed topics such as changes to the MLS system, liability implications of taking out a line of credit, issues to consider when buying cottage property, the importance of building permits, and issues to consider when buying a condo. More than 200 papers, websites and blogs with an audience reach of just under nine million carried these stories.

To support its visibility with both consumers and lawyers the TitlePLUS program launched a new website in September 2011.

With new features and intuitive drop-down menus, the website has many tools and resources for lawyers, law firm staff, consumers and other stakeholders.

The TitlePLUS department actively promotes the important role of real estate lawyers on the new website by explaining that TitlePLUS title insurance is only available through lawyers, and by giving more prominence to the “Locate a Lawyer” feature. The new design incorporates all the key information that attracted readers to its predecessor, including helpful FAQs and access to resources such as the Real Simple Real Estate Guide.

A new feature are the risk management tools, such as sample, retainer and reporting letters, available through the Resources tab on the TitlePLUS website.