Following through to recover costs 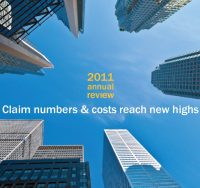 By the time certain claims come to our attention, it’s either too late or uneconomic to pursue a repair. Some of these cases require that we pay an indemnity to the party affected. This payment, however, is not the end of the story: To control our claims costs, we must take steps, where possible, to recover against the party at fault.

LAWPRO actively tracks recoveries throughout the year. In 2011 LAWPRO stepped up its recovery efforts, a strategy that resulted in about $1 million in recoveries. The following is a sampling of some of the recoveries realized in the past year.

In one case closed in 2011, the claimant – a wealthy, elderly woman – decided to give her house to a retirement home as an inter vivos gift. The insured provided advice on the transaction. The claimant then alleged she misunderstood the transaction, stating the insured did not properly explain the implications and that she never intended to give her home as a gift. As a result the claimant sued both the insured and the retirement home.

The evidence given by the retirement home, the insured and the claimant’s accountant at trial proved that the claimant understood what she was doing and was aware of the implications of the transaction. The claimant had simply changed her mind. However, since the transaction had closed, it could not be reversed.

The court awarded the insured $75,000 plus $3,400 in disbursements (LAWPRO defence costs). The claimant appealed and the Court of Appeal confirmed the judgment and awarded an additional $19,000. LAWPRO recovered the total $102,000, including GST and post-judgment interest.

Patience and persistence pay off

In 2011, LAWPRO recovered on a claim based on litigation that was commenced in 1987. In that year, the claimant sued two parties – an individual and a company – for damages for alleged negligence while managing the claimant’s investment accounts. In December 1989, the claimant retained the insured to handle the litigation.

The settlement offer contained terms that purported (without authority) to restrict the rights of the corporate defendant to recover against the individual defendant.

The insured and claimant met in May 1992 to discuss the settlement offer. The insured’s evidence was that at that meeting, he advised the claimant against signing the draft agreement. The claimant signed it anyway, and it was forwarded to the individual defendant, who executed it a few weeks later.

In his claim against the insured, the claimant sought $25,000 for special damages, $25,000 in damages for mental distress and punitive damages in the amount of $75,000.

LAWPRO defended the action on the insured’s behalf. The action finally went to trial in late 2003. The court found that the insured’s actions in advising against the settlement were not inconsistent with the standard of care owed by the insured under the circumstances.

The defendant was awarded $85,000 in costs (LAWPRO’s costs) and had a writ of seizure and sale filed with the court in that amount. After many years of effort to enforce this 2004 judgment, LAWPRO was able, in 2011, to locate exigible assets and negotiated a recovery in the amount of $123,000.

Recovering from a fraudulent cheque

In 2008, LAWPRO made an indemnity payment on behalf of the insured in the amount of $208,000. LAWPRO pursued the insured’s other (former) client to recover the losses. We later obtained a judgment and filed a writ of seizure and sale.

When the judgment debtor decided to sell one of its properties in 2011, LAWPRO agreed to withdraw its writ in exchange for a payment in the amount of $240,000. This amount represents almost 100 per cent recovery on this claim, including recovery costs and the indemnity amount paid.