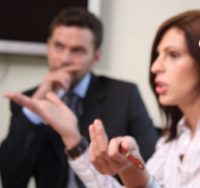 However, actions brought by self-represented claimants who are in fact vexatious litigants are inordinately and disproportionately expensive to defend. The following are three recent examples.

It started with a lease

LawPRO spent more than $80,000 defending four actions which a plaintiff brought against two solicitors arising from damages allegedly suffered by his company in the early 1990s.

He initially sued the solicitor who had negotiated the company’s lease with the landlord. That claim was dismissed as statute barred.

He then sued a second solicitor, for failing to advise him to sue his first counsel at an earlier date. That action was summarily dismissed.

The plaintiff then sued his first counsel again, on the same facts. Justice Turnbull dismissed that action as res judicata. Next he commenced a second action against his second solicitor, on the same basis as the earlier suit, except that “fraud” was substituted for “negligence.” This fourth action was dismissed by Wood, J. as res judicata and an abuse of process. Following the criteria set out in Lang Michener Lash Johnston v. Fabian , Wood found the plaintiff to be a vexatious litigant.

The court also referred to the Court of appeal’s recent judgment, Bishop v. Bishop, where the court considered the plaintiff ’s “non-judicial proceedings” in determining whether the plaintiff was a vexatious litigant.

Following the analysis in Bishop, Wood, J. commented on the fact that the plaintiff had made complaints about a judge involved in one of the actions to two chief judges, the Justice Ministry, and the Judicial Counsel. The plaintiff also wished to cross-examine the defendant solicitor’s own counsel in the pending action.

Wood, J. found that the plaintiff ’s relentless pursuit of two solicitors, the counsel for one of the solicitors, and a judge, amply demonstrated that he was someone unreasonably obsessed with a cause and likely to pursue vexatious court proceedings indefinitely unless stopped. It was therefore appropriate that the plaintiff be found to be a vexatious litigant, and prohibited under s. 140 of the Courts of Justice Act from commencing or continuing any proceedings without leave of a judge of the Superior Court.

It started with an estate

The plaintiff then sought to have solicitor B added as a party defendant to an earlier, pending action against her husband’s estate. Conway, J. dismissed the application. Karakatsanis, J. denied the plaintiff ’s motion to review Conway, J’s order.

The plaintiff then moved before Rady, J. for an order setting aside the order of Templeton, J., and to commence a new action against solicitor B. Rady, J. dismissed both motions, and found the plaintiff to be in contempt of court. Rady, J. was not prepared to incarcerate her on that date, but warned the plaintiff that the prospect of imprisonment was quite real.

Unfortunately, the plaintiff was not deterred. She issued a small claims court action against a LawPRO defence counsel who had appeared before Rady, J. Counsel appeared before Little, J. on October 21, 2011. The court was not prepared to incarcerate the plaintiff, but it did make a “super” vexatious litigant order against her.

She is now precluded from instituting any new action of any nature or court proceeding of any nature in any court in Ontario, including small claims court, and she is precluded from bringing any further or fresh step in any existing action without the consent of a Superior Court judge, which consent will only be granted after the plaintiff makes an application for it, and provides proof that she has paid $40,000 of the more than $50,000 in cost orders that have been made against her to date.

The Crown and LAWPRO both apply for orders

Van Rensburg, J. granted applications by Her Majesty the Queen and LawPRO for an order under s. 140 of the Courts of Justice Act, declaring a particularly determined plaintiff to be a vexatious litigant and prohibiting him from instituting or continuing any proceeding, except with leave of a judge of the Superior Court.

The court found that the plaintiff had persistently and without reasonable grounds instituted proceedings in the courts of Ontario, and had conducted such proceedings in a vexatious manner.

Since 2006, he had commenced two judicial review proceedings and four civil actions. In those proceedings, at last count, 28 orders were made against him, including outstanding costs orders exceeding $135,000. A repeated failure to pay costs alone does not justify a s. 140 order, especially in the case of an impecunious litigant. However, costs awards are an important indicator of the resources that have been expended by opposing counsel in responding to unsuccessful proceedings. an award of costs against a party should act as a disincentive to fruitless litigation. The substantial costs orders against the plaintiff did not dissuade him from pursuing meritless appeals and motions.

His own emails disclosed that his litigation was commenced for purposes other than the legitimate pursuit of legal remedies, and made it clear that he intended to continue such conduct in the future.

He re-litigated procedural and substantive issues that were already determined against him. He rolled forward grounds and issues from one proceeding into subsequent actions and has made claims against lawyers who have acted for or against him in earlier proceedings.

He failed to pay any of the costs awarded against him. He persistently took unsuccessful appeals from judicial decisions. Numerous judges explained to the plaintiff why certain claims he has persisted in advancing could not succeed. Instead of accepting such guidance, he responded with allegations of misconduct.

In response to adverse decisions, he alleged conspiracies, conflicts of interest, incompetence, fraud and other improprieties on the part of judges, court staff and counsel.

The court was satisfied that that an order was required under s. 140 of the Courts of Justice Act to prevent the plaintiff’s further abuse of the courts’ processes through the commencement and continuation of vexatious litigation.

As one would expect, he unsuccessfully appealed van Rensburg, J.’s order. LawPRO has so far spent more than $250,000 defending claims brought by this plaintiff.

In short: Claims brought by vexatious litigants are seemingly endless and tortuous beyond belief.

These three vexatious litigants alone have cost LawPRO more than $450,000. There is no guarantee that we have seen the last of them.