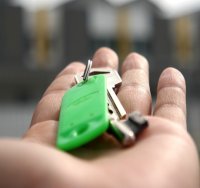 This article, based on conversations with members of the LAWPRO claims and TitlePLUS departments,
aims to dispel some of the myths that surround title insurance.

Myth: Title insurance is a one-size-fits-all policy that eliminates the need for searches or surveys
Fact: One of the most common errors that lawyers make is purchasing the wrong title insurance policy for the property says, Rosanne Manson, LAWPRO claims counsel. “So, for example, they’ll purchase a policy for a single-family dwelling when it’s a multi-unit property.”

Certain types of properties will require more searches, while others require virtually none. For example, few searches generally are required for basic single-family homes while residences with basement or attic apartments (or otherwise multi-unit) require additional searches, Manson says.

She cites the following scenario: The client purchases a multi-unit property, but the lawyer purchases a policy for a single-family residence; therefore the title insurer would not require a building department search. After closing, outstanding work orders are discovered. But because the wrong policy was purchased, the title insurer denies coverage.

It’s important, says Manson, that lawyers take the time to ask their clients about the property so they can perform the required searches – and ensure the client ends up with the right type of title insurance policy.

“Had they done the searches, they would have discovered problems with the property,” she says. “So the title insurer denies coverage, because the homeowner’s policy covers a single-family home when it’s actually a multi-unit building.”

The result: The policyholder files an E&O claim against the lawyer – a potentially time-consuming and costly process that raises issues of the lawyer’s deductible and claims history surcharge levies if this ends up being a claim paid under the LAWPRO E&O program.

“It’s important to know what the client is buying and the different title insurers’ requirements depending on the type of property being purchased,” Manson says. Title insurance doesn’t absolve the lawyer from extra work, she adds. “Rather it’s an added level of protection for the clients and the lawyers. Lawyers must still do their due diligence.”

Myth: Title Insurance covers future use of the property
Fact: Title insurance will cover many problems that could have been discovered if certain searches (which were not required by the title insurer) or a survey of the property were completed before closing.

Manson and Herceg warn that not everything that would have been uncovered by searches will be covered by title insurance: They give the example of floodplains and other environmental restrictions placed on properties.

“And most clients – lay people – wouldn’t know what the effect of the searches would be — which means they don’t necessarily have a full picture of the property they are buying and a proper understanding of what title insurance will or won’t cover in the event a future problem is discovered. People just don’t always understand.” That is why it is so important for lawyers to sit down with the clients and explain what title insurance is, and compensate the owners because they cannot use the property as intended.

For example, if the clients decided they wanted a pool built in their backyard, but after closing learn they can’t proceed because the land sits in a floodplain, title insurance will not compensate the owners because they cannot use the property as intended.

Some title insurance companies do offer a “future use” endorsement. However, this coverage often comes at an extra cost to the client, and can’t be obtained unless the lawyer has an understanding of what the client will need or want in the future.

Myth: Title Insurance will cover all future building compliance risks
Fact: Manson stresses that title insurance policies will only cover defects that would have been identified if a search had been completed prior to closing. Generally, title insurance policies will not cover compliance defects that would not have been discovered in a traditional search of building department records.

For example, if renovations are done on the property without a permit and not up to code (e.g., illegal wiring behind drywall), defects would not have been identified through a building department search – and generally are not discovered until the drywall is torn down. Since there are no outstanding work orders on this property for this issue, and the issue is not discovered by the policyholder until after closing, a title insurance policy generally will not cover the cost of bringing the wiring up to code.

However, title insurers typically provide coverage in the event a homeowner is required by work order, court order or other authority to correct deficiencies on the property.

Myth: Title insurers will always pay to settle a claim
Fact: Title insurance providers will find the most cost-effective way of making an insured “whole.” This doesn’t always mean putting money on the table says Chris March, TitlePLUS national sales manager.
“It’s up to the title insurer to determine how to rectify the situation when there’s an actual loss and the policy gives the insurer some choices,” says March. “So for example, if there is a dilapidated garage on the property, maybe a foot over the property line and the city is now saying ‘that has to be moved and fixed,’ it’s up to the title insurer to decide how to address that problem.

“As a title insurance company we can step in and say ‘What’s the value of that property?’ If we determine that the property will be worth more by just knocking down the garage and taking it away – then it is our prerogative to do so where that is allowed under the policy.” what it covers and will not cover, she adds.

Myth: I made a mistake – so it must be an E&O claim
Fact: In the span of only one month, Claims Counsel Dale Herceg had four files come across his desk in which lawyers assumed they had an E&O claim when in fact the errors were covered by the title insurance policies the lawyers had secured for the clients. In two of the cases, Herceg says there were missed outstanding writs of seizure and sale.

“When I told the lawyers to tell their client to file a claim with the title insurer, they were reluctant to do so. They assumed that issue was not covered,’” he says. “In each of those cases the title insurer responded positively and agreed to pick up the claim, and the matter was resolved.

“The lawyers told me that they didn’t know title insurance would cover that specific issue,” he says. “Sometimes lawyers dismiss the applicability of title insurance without ever filing a claim (on behalf of their client) with the title insurer.”

“My advice: Read the policy,” says Herceg. “And understand it. Know precisely what is covered and what isn’t. And when there is a potential loss situation, report it! A report is a letter – it takes five minutes to write up.”