When waiving a search comes back to haunt you 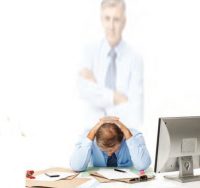 How a client perceives a lawyer’s role in a transaction often depends on the client’s experience. At one end of the spectrum, a new homebuyer may believe that the lawyer will not only navigate the process, but will also personally shield the client from all risks. At the other extreme, a sophisticated businessperson may urge a lawyer to “rubber stamp” a deal the client has brokered. The wise lawyer will, however, refuse to be either insurer or pawn.

When it comes to doing due diligence − and specifically, making decisions about searches − the safest approach is follow the client’s ultimate instructions, but only after having invested the time to ensure that those instructions are fully informed and documented.

“I hereby vaguely waive whatever”

The parties completed the deal, and shortly afterward, the purchaser was sued by a neighbouring business over groundwater contamination. The purchaser settled with the neighbour, but continued its third-party suit against the lawyer. The trial court found that the lawyer was not negligent, holding that the purchaser’s decision not to obtain its own assessment and to proceed with the deal despite its knowledge of the contamination was a business decision. The lawyer had met the standard of care in advising the purchaser to obtain an independent assessment. The court noted, however, that it would have been preferable for the lawyer to have obtained written confirmation of the client’s decision to proceed without further investigation of the environmental issues. The purchaser appealed to the Ontario Court of Appeal, but the appeal was dismissed.

The Court of Appeal found, in the mall purchase case discussed above, that a client can be found to have assumed responsibility for some aspects of purchaser due diligence. However, lawyers should remember that the same court made it clear, the year before (see 2013 ONCA 526 (CanLII)) that where the client has not explicitly agreed to handle appropriate investigations him or herself, the lawyer may be found negligent for failing to recommend or conduct those investigations.

This case involved the purchase of semi-developed land. A law firm failed to discover, prior to closing, that the property was subject to the new purchaser’s obligation to pay substantial “cost recovery fees” to release a municipal reserve over a strip of land bordering the property. The municipality had established the reserve as a mechanism to secure contribution from eventual owners for their share of the cost of building access roads. The vendor was aware of the reserve and contribution obligation, and included a rather subtle mention of it in the Agreement of Purchase and Sale. The purchaser’s lawyers misunderstood this description of the reserve, and wrongly assumed that obtaining a release would cost a few hundred dollars when in fact the municipality eventually demanded a few hundred thousand dollars.

In opting not to investigate or obtain a release of the reserve, the lawyers relied on the purchaser himself (or a representative thereof) to handle the “development aspects” of the transaction. The court noted that since the existence of a reserve can affect the title, dealing with reserves falls squarely within the ambit of “legal work” and the lawyer’s duty of care.

The lawyer was found to have fallen short of the standard of care both in not dealing with the easement, and in failing to ensure “…that the lines of responsibility as between the law firm and the client regarding the legal and the development aspects of the transaction were clear.”

A waiver is not a waiver if it is not understood

Many clients instruct lawyers to forgo relevant searches; some even sign written waivers. But by definition, a waiver is not effective (is not a waiver!) unless the person exercising it understands what he or she is declining. It is the lawyer’s duty to insist that the client listen to an explanation of the purpose of any waivers that the lawyer sees fit to recommend. Taking the time to recommend relevant searches and to describe their purpose is your prerogative qua lawyer, and is a key way in which you can define your own role in the transaction. (And don’t forget that you must do a proper intake of the client and the file before you can determine
which searches are relevant.)

Don’t assume the client understands the purpose of a search just because she knows the name of it Some clients may have been advised, by friends or associates, “not to bother” with, for example, a survey for a home purchase, or a Personal Property Security Act search for the purchase of a small business. They may communicate their desire to forgo a search as part of their instructions to you. However, it is risky to assume that because your client knows the name of a search, he or she is fully familiar with the purpose of the search, or understands the relevance of the search to the particular transaction. It is up to the lawyer to assess the client’s level of understanding of what they are seeking to waive and to supplement that understanding with further explanation where necessary (and it is in the lawyer’s best interest to document having given that explanation).

Be skeptical of the client’s reasons for waiving a search.

When a client persists in his or her request that you skip a search, there is nothing inappropriate about asking why, documenting the reason given, and raising “challenge” points. For example, a client may tell you that since he knows the vendor personally, there is no need to obtain a retail sales tax certificate, since his friend would never conceal debts from him. You might counter by pointing out that the vendor may not even be aware herself of a newly-arisen tax liability – especially if she hires an outside accountant to handle her business taxes. As a lawyer, you are being paid to consider all potential scenarios, whether likely or remote, and to make recommendations about appropriate due diligence. Unquestioning acceptance of the client’s own risk analysis does not add value worth paying you for.

Identifying relevant legal due diligence options is the lawyer’s job – a client can’t waive searches he or she doesn’t know about. Good client communication means describing all relevant risk-mitigation options. To be able to do this, you need to maintain a thorough and current knowledge of the searches available in your jurisdiction, and their application. Transaction-specific checklists can help you keep this information at hand.

In some cases, a general form of “Acknowledgment and Direction” can be used, with details of the specific searches waived inserted, and a statement that the lawyer has explained the potential risks to the client and that the client understands and assumes the risks. In other cases, the lawyer may want to use a form designed specifically to address a particular assumed risk. For example, where a real estate purchaser client is waiving title insurance, it can be useful to use a form that details the client’s potential exposure. A good example of such a form is the “Purchaser’s Waiver of Title Insurance” available on the titleplus.ca website.

A checklist can make your advice seem more “objective”

To avoid having clients become impatient with communications about searches, or to avoid appearing to “patronize” relatively sophisticated clients, it can be useful to work with a checklist. Telling a client that you use a deal checklist for your own benefit can make your communications about topics that the client purports to understand seem less personal and more objective. For example, you might thank the client for his or her patience as you work together through “these routine issues I raise on every deal.” This approach may encourage the client to think twice about waiving a search that is positioned as a “standard” aspect of transaction due diligence. The practicePRO program’s commercial transactions checklist is available for free download on the practicepro.ca website.

Finally, it’s always good practice, at an early stage in the matter, to send the client a letter confirming the terms of the retainer, including a description not only of the work that the lawyer has agreed to do, but also the details of relevant steps that the lawyer has NOT been retained to undertake for the client.

Categories: 2014 September Diversity, Articles, Could This Happen to You?, Inadequate Investigation, Real Estate