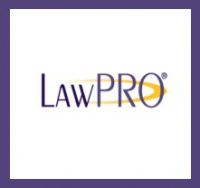 Our readers will by now be familiar with the news that total claims costs (including internal handling costs) for each of the 2011 and 2012 policy years are expected to be in the $100 million ballpark.

Our ongoing actuarial analysis makes it clear that claims costs of $80 million and more (before internal adjusting expense) are now the norm, not the exception. This is a very significant development when compared to the trend for the earlier part of the last decade, during which annual claims costs came in consistently within a $50 million to $65 million range.

In the August 2012 issue of LAWPROMagazine, President and CEO Kathleen Waters’ editorial “Top 10 reasons we’re in a $100 million world” summarized our analysis of the causes of the growth in claims costs, which include:

Why isn’t the base premium going up if claims are so bad? While many factors go into the premium-setting decision, the most important test is whether LAWPRO is expected to emerge from the policy year with an acceptable solvency test result. Sound program management, including the 2011 premium increase, careful investment choices in a tough market and efforts to contain administrative costs, have kept the program on a sound financial footing.

This sound management has allowed us to provide the bar with three consecutive years of premium stability. We’re holding the line for now… but we’re very concerned about the growth in claims costs. We’d like the bar to understand and share our concern:

Expect to hear more from us in 2013 about how all lawyers can help reduce claims costs by taking steps to avoid malpractice errors.