Review Your Files – The Ultimate Limitation Period is Arriving Soon 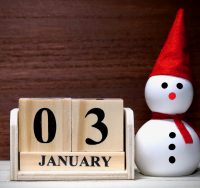 As of January 3, 2019¹, actions arising from acts or omissions that occurred prior to January 1, 2004, are statute barred by virtue of s. 15 of the Limitations Act, 2002, even if these errors were not discoverable before January 1, 2019. There will be very few exceptions.

We strongly suggest that you review your files for claims based on errors or omissions which occurred before January 1, 2004, but only recently discovered and for which no claim has been issued. We suggest that the claim be issued immediately. The last “safe” date for commencing such claims is January 2, 2019.

“15 (2) No proceeding shall be commenced in respect of any claim after the 15th anniversary of the day on which the act or omission on which the claim is based took place.”

However, as of January 3, 2019 (since January 1 is a holiday and claims may therefore be issued on January 2), the ultimate limitation period will capture claims for acts or omission that took place on or before January 1, 2004. Going forward, lawyers should keep in mind that this ultimate limitation period will bar the filing of any claim, with limited exceptions, more than 15 years after the act or omission occurred.

15 Years from what date?

Ontario has no jurisprudence interpreting the words “day on which the act or omission on which the claim is based took place” in the context of s. 15(2). However, cases interpreting the Alberta and British Columbia ultimate limitation periods provide guidance. They indicate the courts’ willingness to enforce the ultimate limitation period even where the result may appear unfair to the plaintiff. As the Alberta Court of Appeal observed in Bowes v. Edmonton (City), “the danger of long-hidden losses must land on someone’s shoulders” (at para 157).

In Byrn v. Farris, Vaughan, Wills & Murphy LLP, legal services in an estate matter were rendered in 1981. The action against the lawyer was commenced in 2016. The British Columbia Court of Appeal had no difficulty in deciding that the action was barred by British Columbia’s then 30-year ultimate limitation period. The ultimate limitation period ran from the date that legal services were provided, and it therefore expired in 2011.

Section 15(6)(a) of the Act provides that for the purposes of s. 15, the day an act or omission on which a claim is based takes place is, in the case of a continuous act or omission, the day on which the act or omission ceases. The Alberta Limitations Act has a similar provision relative to its 10-year ultimate limitation period. In a case interpreting that provision, the plaintiff/client argued that although his claim was brought more than 10 years after legal services were provided, the claim was not barred, because the lawyer’s obligation to provide proper advice and disclosure was “continuous.” The court rejected this argument. It held that this provision is intended to capture situations where damages are caused by a series of wrongs that occur over a period of time, such as continuous torts (e.g., ongoing nuisance or trespass) or successive contractual breaches. The plaintiffs could not avoid Alberta’s 10-year ultimate limitation period by characterizing an error or omission that occurred more than 10 years previously as a “continuing course of conduct.” This argument, if accepted, would defeat the ultimate limitation period in nearly all solicitors’ negligence claims.²

Since nearly all actions are governed by the Act, the instances in which defendants will not be protected by the ultimate limitation period, once 15 years have elapsed since the date of the defendant’s act or omission, will be very rare. Although some claims, such as those involving sexual assault, are not governed by any limitation period, as per s.16 of the Act.

As one would expect, a defendant cannot rely on s.15 during any period of time in which he or she wilfully conceals the facts of the claim from the plaintiff, or misleads the plaintiff about the appropriateness of a claim.³

A third party defendant could conceivably be liable for a claim for contribution and indemnity, more than 15 years after the act or omission occurred, by virtue of the wording of ss.15 and 18 of the Act.

Suppose a purchaser discovers a negligence claim against her surveyor 14 1/2 years after the survey was done and the purchase closed. Legal proceedings against the surveyor are commenced five months later. The surveyor is served two months after that. The surveyor waits one year, and then serves a claim for contribution and indemnity on the purchaser’s lawyer, alleging that she negligently failed to advise the purchaser of the problems with the legal description. The claim for contribution and indemnity will be timely. The lawyer’s negligence will be deemed to have taken place on the day that the surveyor was served with the statement of claim, not on the date that the purchaser’s lawyer closed the transaction.

To put it more simply, a claim for contribution and indemnity is timely if brought within two years of service of the statement of claim on the defendant. Section 15 provides that a claim for contribution and indemnity cannot be brought 15 years after the defendant was served with the statement of claim, NOT 15 years after the legal services were rendered. Because this timing is improbable, such claims will be rare.

If no action is commenced, s. 18 of the Act has no application, and the limitation period for the contribution claim runs from the date of settlement.4

Some third party claims for “contribution and indemnity” are, in fact, claims for damages. Usually, this distinction is academic, but where more than 15 years have passed since the act or omission occurred, it may be crucial.

The Alberta Court of Appeal held that Addison & Leyen’s claim was not for contribution and indemnity, because Fraser Milner owed no duty to the CRA, and caused no damage to it. The claim was therefore for damages, and was statute barred.

As of January 3, 2019, s. 15 of the Act will provide a defence to a number of claims, which would not otherwise be barred by the Act’s basic “two year from discoverability” provisions. The application or non-application of s. 15 will give rise to litigation, which will doubtless be the subject of future LAWPRO articles. In the meantime, practitioners should review their files and determine whether any actions must be commenced before the passing of an ultimate limitation period.

By Debra Rolph is Research Director at LAWPRO. Daniel Zack is at Zacks Law