Criminal charges and family breakdown: Resources for growing your understanding of the impacts 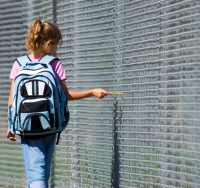 At the OBA’s solo and small firm conference a few years ago, lawyer Russell Alexander gave this advice to family lawyers: know a criminal lawyer – one you trust and can recommend with confidence.

His reason? Family law clients sometimes get arrested. When they do, and they’re cautioned, the family lawyer’s number is the one in the phone, so the family lawyer will be the one receiving that 1:00 a.m. call.

Alexander went on to say that both family and criminal lawyers can benefit greatly from working relationships that go beyond simple referrals. Taking the time to meet and discuss the challenging issues that arise at the intersection of criminal and family law can help lawyers from both disciplines advise clients about the approaches that will best preserve their rights in both contexts.

We highlight a few of the thorniest problem areas here, and encourage you to bookmark some of the useful resources listed below for in-depth coverage.

Client conflict with the law can influence the resolution of separation and divorce issues in many ways and at many points in the process. It has implications for the safety of vulnerable individuals, and can have lasting effects on parent-child relationships.

No contact/restraining orders
After a report of domestic violence that leads to a criminal charge, it is common for a no-contact order and/or an order requiring the accused to vacate the family home to be issued. Even where the order relates to the other spouse and not specifically to any children of the union, it will often preclude the accused from obtaining interim custody of the children. This is significant, because de facto and/or formally-ordered interim custody arrangements often influence the ultimate custody arrangements.

No-contact orders can complicate access as well, often making it necessary for access to be either supervised or arranged through the involvement of a third party. These arrangements may make it more difficult for the accused spouse to develop a comfortable and “normal” parenting pattern with the children, and can lead to estrangement.

Finally, no-contact orders are often practically determinative of the issue of which parent gets to remain in the family home, which can lead to financial hardship in the short term and can have an influence on such issues as timing of disposition of the property.

Bail conditions can also limit a separating couple’s options with respect to settling family law issues. As noted by Clyde Smith and Linda Smith in an article published by the Ontario Chapter of the Association of Family and Conciliation Courts, “[b]ail conditions restricting contact may preclude attendance at mediation or family counselling.”

Incarcerated parents
A Corrections Service Canada study once estimated that 4.6 per cent of Canadians under the age of 20 are affected by parental incarceration, an event that can impact measures of economic, social, emotional and even physical wellness for both child and parent. Rates of incarceration of Indigenous parents as a subgroup are significantly higher – an issue that has long been recognized as having deleterious effects on Indigenous communities. The harm to family relationships caused by the incarceration of parents is exacerbated where the parent is in custody in a facility far from the community in which the children live.

The IDVC is available in Toronto only for now. Expansion may depend on the success of this initial project.

To increase your knowledge about the interaction between criminal charges and family law issues, consider opening a dialogue with a family lawyer in your community. The resources listed here may also be helpful.

Government of Canada, Department of Justice, “Best Practices where there is Family Violence (Criminal Law Perspective)” (2012)

Smith, Clyde and Linda Smith, “Domestic Violence: Problems at the Intersection of Criminal Justice and Family Justice” published by the Ontario Chapter of the Association of Family and Conciliation Courts (2017)