Life after graduation: Reflections from LAWPRO students on moving from law school to the legal profession 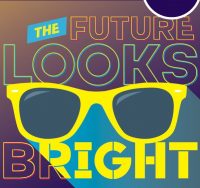 Even after three years of law school, the articling or LPP experience can be an unfamiliar landscape. New graduates are faced with myriad choices affecting their future, and there are many new skills to learn in a short amount of time. But the first months of a new legal career are also an opportunity to develop important practice management techniques that will serve a lawyer well their entire career.

We asked LAWPRO’s articling and LPP students about their own experiences deciding where to go after law school and what they’ve learned from the profession so far.

Although Eli is now pursuing a career in litigation, he wasn’t always so sure about it. “For some reason, before law school, I didn’t think I would like torts,” he says, “but I had a professor who had practised prior to teaching, and he really inspired me to go into that field.”

So when Eli was applying for articling positions, his primary goal was gaining litigation experience. “I also wanted a place where I’d have access to strong mentors,” he adds. “Most lawyers who work as claims counsel have several years of experience in private practice, and being able to learn from them
gives me access to a lot of knowledge.”

Eli found it was helpful to meet with employees at a firm or organization before his interviews. “I spoke with compliance counsel at LAWPRO shortly before my interview,” he recalls, “and she gave me a good idea of what LAWPRO does and her own experiences as an articling student.”

Eli notes that he’s built a lot of new skills since starting at LAWPRO, many of which weren’t covered in his classes. “In law school you learn the law, but you don’t learn how to be a lawyer,” he says. He points to negotiation skills as an important example: “You develop a tough but fair approach, which I
think will serve me well.”

He says his experiences so far have “reinforced that I really like what I do, and litigation specifically is something I want to continue with.”

Erika came to law school expecting to end up in family law. “Things have changed quite a bit since then,” she says. Once she arrived, she found herself “intrigued by things I didn’t even know about. I was figuring out where I wanted to go and what I wanted to do.”

That’s why Erika sought an LPP position that would provide her with opportunities to explore various areas of the law. “I was looking for something where I could get a lot of experience and get my hands into a little bit of everything,” she says.

Luckily, Ryerson’s LPP program built in opportunities for students to learn what options are available. She recalls during the program that they “often met with practising lawyers who act as mentors, which was a great opportunity to speak to them about what they do and where they work.”

After starting at LAWPRO, Erika was surprised at how quickly students are thrown into thorny legal problems: “So much of legal work is making judgment calls. Sometimes there’s no right answer for things. And right out of the gate you’re making these determinations, not just told that there’s a particular process you have to follow.”

Unlike some students, Ian always knew he wanted to go into litigation. But before he went to law school he “didn’t realize how important solicitor work was. You always just picture a lawyer going to court.”

As such, Ian was looking for a position that would give him perspective on the entire profession. “Having the opportunity to do rotation work on the solicitor side illuminates a lot of stuff you might otherwise not understand. It’s really beneficial, even if you’re not going to practice in that area.”

Now that the interview process is behind him, Ian observes that “the articling positions that are heavily discussed and promoted in law school are not necessarily the only articling experiences available. For example, LAWPRO isn’t something that ever came up, but when I talk to experienced lawyers now, they always know the value and importance of what I’m doing. So I’m really glad I ended
up here; it’s worked out really well.”

One important skill he’s re-enforced through his articles is a strict adherence to operating his practice in a careful way. As an example, he says lawyers should remind themselves to be consistent with things like witnessing documents: “even if something was signed only 15 seconds earlier, and I know there were no issues with it, I still insist on literally being present when it’s signed. Because I know the value of being able to swear to a judge that every single time I’ve witnessed a signature in my practice, I have seen the person do it.”